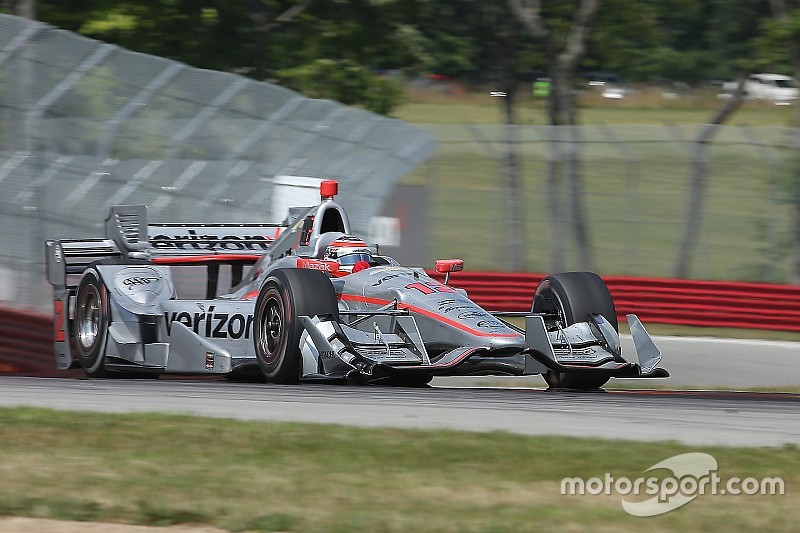 Will Power led the times in Thursday’s test at Watkins Glen International, and though stunned at the grip levels, admitted he’s worried about the prospective quality of the racing.

The Team Penske-Chevrolet driver lapped the 3.4-mile course in 1m25.31sec, almost three seconds faster than the lap record, and told Motorsport.com: “Damn it’s fast, man. Amazing difference since we last raced there; it’s got even more grip than Mid-Ohio – even when Mid-Ohio gets gripped up with rubber.

“The G-forces are amazing, although physically, Mid-Ohio is probably tougher because there aren’t as many straights. With Watkins Glen, there are a few straights.

"But man, it just demands so much commitment when you do get to the corners.”

Power, who took pole and won the last time IndyCar raced at The Glen, in 2010, had to mileage an engine today and completed 105 laps. But he says the extra grip provided by the recent resurfacing and the consequent short braking zones will confine the passing to the straights.

“In the dry, you’re never gonna outbrake someone because at most of the corners you just need to tap on the brakes before turning in with a bunch of speed.

“You could get passing up the straight to the Bus Stop [chicane] because of the tow and push to pass boost. Problem with that is we need to have the technology so the guy in front can’t deploy his push-to-pass and you just end up with this stalemate. Make it more like Formula 1’s DRS system.”

Asked if the grip through the turns is now enough to see drivers go through two abreast, Power replied: “That’s not the problem. It’s getting close enough to do that that will be hard.

“It’s like doing a lap in a Formula 3 car on steroids. You’re almost always all on or all off the throttle.”

The 24 drivers taking part in the test encountered rain in the afternoon, and Power commented: “I did a lot of laps in the wet because we needed to get them done, and there’s a huge swing in lap times between just the damp and the soaking wet – like a 15sec swing. Amazing.”

Power’s best was a hair quicker than that of Iowa winner Josef Newgarden, the pair of them 0.3sec clear of Sebastien Bourdais in the KVSH Racing-Chevrolet.

Conor Daly was fastest of the Honda drivers, lapping the course little more than half a second off Power in his Dale Coyne Racing entry, around one-tenth quicker than Alexander Rossi in the fastest of the Andretti Autosport cars.

The other three Andretti drivers shared their cars with the team’s Indy Lights drivers, Dean Stoneman, Shelby Blackstock and Dalton Kellett. Of these, Stoneman was fastest by 1.6sec, also half a second faster than the fourth Lights driver taking part in the test, Ed Jones, who was driving Graham Rahal’s Rahal Letterman Lanigan Racing-Honda.

Senna eyes IndyCar but rules out ovals for family reasons

Schmidt aims to keep Hinchcliffe and Aleshin for 2017