Power: Second podium of the year “felt like a win”

Will Power, who finished third in the second race at the Detroit GP yesterday, says that scoring his first podium since the 2019 NTT IndyCar Series season-opener in St. Petersburg felt like a victory after the bizarre amount of trouble he’s encountered this year.

In line with his fortunes this year, Team Penske-Chevrolet’s 2014 IndyCar champion and 2018 Indy 500 winner had a disastrous opening race in Detroit. After qualifying mid-grid due to mistakes on his two flying laps, Power had stormed up to fourth place in the wet first 14 laps but a pitstop under yellow went badly wrong when he was sent out with a loose wheel which rolled off at the end of pitlane. He had to limp through a whole lap on three wheels and, adding salt to the wound, he was issued a drive-through penalty for that unsafe release and for pit equipment outside the his pit box. He eventually rolled home 18th.

The second race on Sunday looked set to deliver more disappointment to the #12 section of Penske early in the race. He qualified mid-grid due to a hard side-swipe of the Turn 4 wall on his flying lap, but as one of only three drivers to start on primary Firestones, Power remained on track during the first caution, from Laps 1 to 6, while most of his rivals dived to the pits to switch from their delicate alternate compound rubber.

However, perhaps as a result of being rammed in the gearbox in the Lap 1/Turn 3 collision, his gearbox got stuck in gear, which stalled the engine. He was bump-started by the AMR Safety Team just in time to avoid going a lap down, and then, despite a broken diffuser and another temporary gearbox issue, he came through to claim third after some hard driving, bold passes, good strategy and perfect pitstops.

“It felt like a win,” said a relieved Power. “Felt like that's kind of where we should have been yesterday but unfortunately we had a mishap in the pits.

“Today the car stopped on track because I got hit from behind and it damaged the gear parts. Had to go in emergency mode, kind of manually flip, lift to shift. Then it fixed itself somehow [in the first pitstop] and I was able to then go fast and race hard. Very, very happy with the day.”

One of the keys to Power’s podium was the pace he set before his final pitstop, when most of those ahead were stopping, as from running 11th on Lap 43, he emerged from his final pitstop on Lap 49 in fourth and held off Takuma Sato, Ryan Hunter-Reay and Alexander Rossi. He would then pass Ed Jones for third.

“When I was in [Turn 12], I saw people peel off, and I thought, ‘All right, got to lay down some qualifying laps now, we can make a lot of ground here.' That's what we did.”

Asked by Motorsport.com whether he was tempted to try and get around Marcus Ericsson to claim second in the two final restarts, Power replied: “I tried to get the best restart possible. We actually had diffuser damage, front wing damage, a bit of toelink damage from the first incident in the race [a wheel-rubbing moment with Felix Rosenqvist].

“The car was still fast, it was still quick enough [but] I didn't want to take any risks. Third was a good day. So if I could have gone for it, for sure, but I was never close enough. Did my best to get close; I just couldn't.

“It's been just so often now that it doesn't go right, it's amazing how it all played out, finally went right.

“So this is it. It's going to turn around here. Let's see what we can do.”

Power currently lies sixth in the championship after eight of 17 races in the 2019 season, 84 points behind points leader and teammate Josef Newgarden. 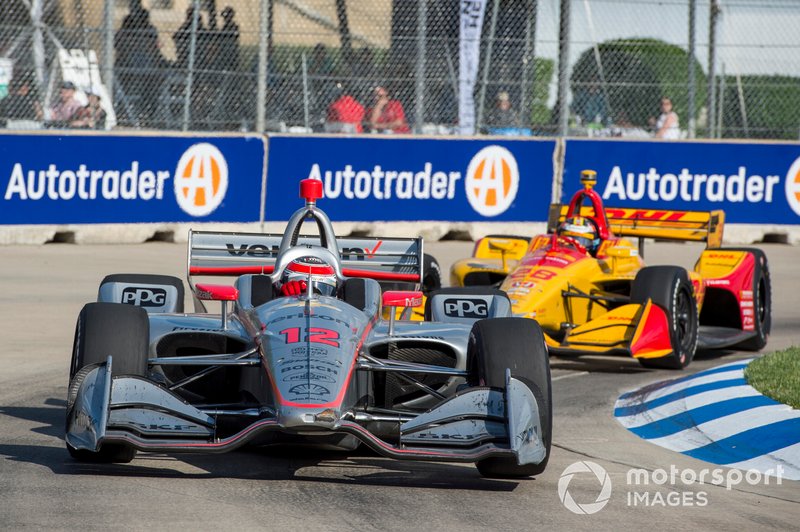