Indy 500 winner Will Power and Monaco Grand Prix winner Daniel Ricciardo are on the eight-person shortlist of nominees for this year’s “The Don” Award, to be revealed at the Sport Australia Hall of Fame 34th Induction and Awards Gala Dinner.

Inaugurated in 1998, ‘The Don’ Award is Australia’s leading contemporary sport award, named in honor of the Sport Australia Hall of Fame’s first inductee, cricketing icon Sir Donald Bradman AC. It is awarded annually “to the athlete or team who, through their performance and example,” has most inspired the nation.

Power and Ricciardo are vying to become the first motorsport figures to earn the honor in The Don’s history, which stretches back to 1998. They are up against athletics stars Madison de Rozario and Kurt Fearnley, Sam Kerr (soccer), Mark Knowles (field hockey), Lauren Parker (triathlon), and Ellyse Perry (cricket).

Power, the 2014 IndyCar champion who finished third in the championship this year, won the 102nd running of the Indianapolis 500 to become the first ever Australian to achieve the feat. He also scored Penske’s 200th Indy car win with victory in the Indy Grand Prix on the IMS road course 15 days earlier, and by year’s end, he’d amassed 35 career wins, and 54 pole positions, the latter figure second only to Mario Andretti in the IndyCar history books.

Power told Motorsport.com: “Obviously I’m honored to even be in the running for a place in the Sport Australia Hall of Fame, because there are true Aussie legends who haven’t made it yet. It’s very satisfying to know that my efforts are being recognized at home, because although I live and work in America, I am very proud to always fly the Australian flag.

“From what I’ve read about Sir Donald Bradman, he felt the same way and recognized he had a responsibility to represent himself and also Australia. So despite having an amazing ability, he remained humble.

“I don’t think there are any sports figures who have been nominated for ‘The Don’, past or present, who can match Sir Donald Bradman in terms of achievement. It’s almost impossible! But we should try and follow his code of conduct.” 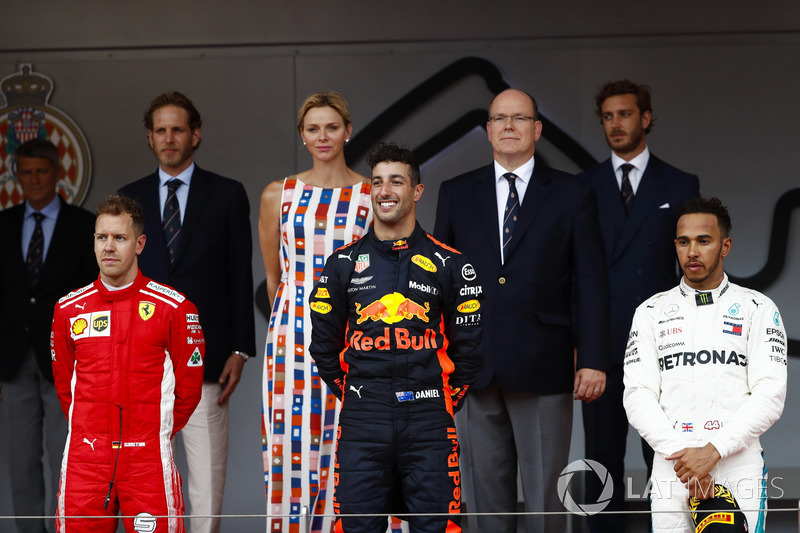 Earlier on the same day that Power triumphed, Ricciardo converted pole position at Monaco into a Grand Prix victory, which also meant he has finished top-five at F1’s most prestigious race for the last five years, four times finishing on the podium and twice starting from pole.

His victory was particularly noteworthy given that a power unit malady left him short on horsepower and braking power, yet he became only the third Australian, after Sir Jack Brabham and Mark Webber, to clinch a win on the streets of the principality.

It was the second win of the season for Ricciardo who currently lies sixth in the championship, and the seventh of his career.

He remarked: ““Being named as a finalist in The Don award is nothing short of a privilege. Sir Donald Bradman is an Australian legend, full stop, so to be selected for an award in his name based on my own achievements this year, is pretty special. I’m honored.”

The winner will be announced next week, on Thursday, Oct. 11th at the Sport Australia Hall of Fame Induction and Awards gala dinner.

Whatever happened to the 2016 IndyCar champion?