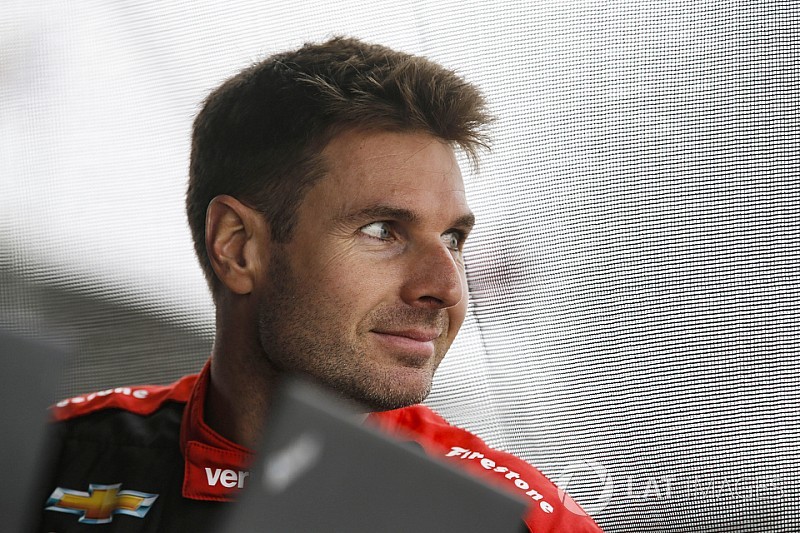 Will Power says that learning the characteristics of the new aero kit on a temporary track such as Long Beach is made difficult by the restricted numbers of tires, not the length of the session.

The Team Penske-Chevrolet driver said that elongating practice sessions – which were cut from 60 minutes to 45 minutes at the start of the 2017 season – would still not help encourage more cars hitting the track at any given time.

“It is a tire deal,” said the 2014 IndyCar champion. “If we had another set of tires, you'd want another 30 minutes, but in three runs, the tires are starting to be pretty shagged because it's a green track.

“I don't mind it, but it depends how your session goes.

“It makes it tough, honestly. Like, when you've got these short sessions, you've got to be really on the ball and understanding the direction that you need to go.”

Phoenix winner and reigning champion teammate Josef Newgarden said the tires would degrade more in this weekend’s Toyota GP of Long Beach than in previous years. However he believes the team overestimated the disparity in tire life between a car running a manufacturer aerokit and the new-for-2018 kit.

“We thought tire degradation was going to be more of an issue at St. Pete than it was,” he commented. “We went into the race thinking it was going to be a big problem, and it wasn't as big of a problem as we thought. But you still saw people struggling quite a bit.

“I guess what I'm saying is we overcompensated for how much we thought it was going to be an issue.”

However, he predicted reduced tire life would help the racing around the 1.968-mile street course in Long Beach.

“I think people are going to struggle out of the hairpin as tires get old. You're going to see a lot of passing in Turn 1, and I think out laps are really the thing to watch now. In St. Pete, out laps were very difficult.

“So you could pass anywhere in that type of situation. If someone has cold black tires coming out, they're going to really struggle to get around the lap and keep people behind them, and I think that will create good opportunity for whoever you're racing against.

“I think the show will be much better for sure than last year.”