Team Penske-Chevrolet’s Will Power finished top of IndyCar Spring Training at Circuit of The Americas, although his teammate, Supercars champion Scott McLaughlin, was a remarkable third fastest in only his second NTT IndyCar Series test. 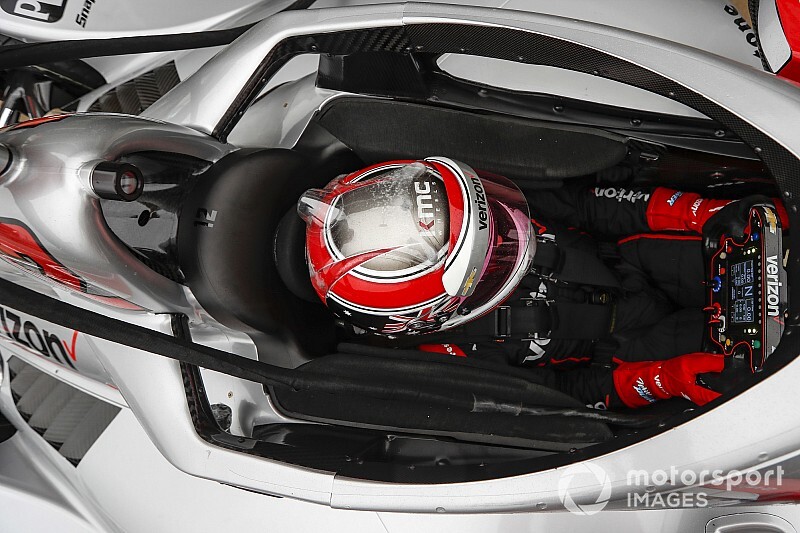 Power lapped the course in 1min46.760sec, an average speed of 114.987mph, which was only 0.6sec off his pole position time from last year which was set on Firestone’s softer compound. Today’s lap time was all the more remarkable because IndyCar has forced drivers to obey track limits through Turn 19, so they carry far less speed in, unable to use the run-off on exit.

Power commented: "It always feels great, you know. It's good for all my guys to see we have the pace. We went through as many items as we could.

"Obviously, it was very rushed at the end there with red flags and everything, so didn't get everything done, but kind of some of the big stuff that we needed to know, we understand."

Andretti Autosport-Honda’s Alexander Rossi was second fastest, 0.2396 behind Power, and 0.2631sec ahead of the remarkable McLaughlin who marginally outpaced his teammate and reigning champion Josef Newgarden.

Rossi remarked: "The waiting around for weather was hard, but I think the team did a good job. We got through a lot of our run plan with no dramas, despite the delays.

"The aeroscreen was tentatively less dramatic than everyone was expecting it to be, and didn't have any real issues until some slight, reflection issues at the end which we should be able to rectify. So that was positive.

"We worked through a good test list and found a pretty decent place in adapting the car with the 2020 needs within a half day. Generally, pretty happy."

Andretti Harding Steinbrenner Racing’s Colton Herta, who won the race here at COTA last year was fifth, but had to sit out five minutes of ‘happy hour’ after spinning into the Turn 19 sandtrap and causing a red flag late on.

Between Herta and former Indy Lights teammate Pato O’Ward spinning his Arrow McLaren SP-Chevy off at Turn 18, the last 45 minutes of the day were messy, with not every driver showing their full potential due to red flags at inconvenient times, and then a crowded track as everyone poured on to the 3.4-mile course for their last-gasp chance to improve.

Simon Pagenaud ensured all four Penskes finished in the Top 6, while two more highly impressive rookie performances came from O’Ward’s teammate Oliver Askew who clocked seventh, and Alex Palou in the Dale Coyne Racing with Team Goh entry which finished the day ninth and within one second of Power’s P1 lap.

Scott Dixon, Felix Rosenqvist and Marcus Ericsson were eighth, 11th and 19th respectively for Chip Ganassi Racing Honda, while Max Chilton was 15th for Carlin, just behind the Andretti Autosport entries of Marco Andretti and Ryan Hunter-Reay and the Meyer Shank Racing car of Jack Harvey.

Nothing has yet been confirmed regarding the how and when these two drivers will share the #31 Carlin-Chevy in 2020, although there would be only one date clash between the IMSA Prototype schedule and the IndyCar season for Action Express Racing's star Nasr.

Sebastien Bourdais handed off the #14 AJ Foyt Racing car to Dalton Kellett who ended the day propping up the time sheets, just over four seconds away from the top spot.