Rahal expects team to be “even more competitive” this season 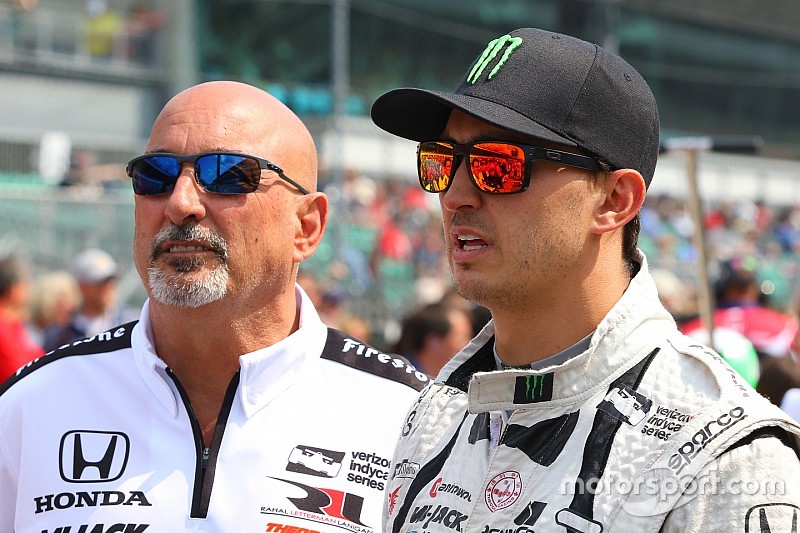 Bobby Rahal, whose Rahal Letterman Lanigan Racing car was top Honda-powered IndyCar entry for the past two seasons, believes the team can improve still further in 2017.

Bobby's son Graham Rahal finished fourth in the points standings in 2015 and fifth last year, accumulating a total of three wins, but Bobby Rahal believes that targeting improved qualifying performance can elevate the team’s competitiveness across the season’s 17 rounds.

He said: “Our expectation is to be even more competitive this year than last. When you think about last year, half the season we were in the top five which was pretty good but we need to make it more than half of the season. We need to be averaging a top-five finish in every race in order to win the championship.

“We just need to start off on the right foot. Last year [at the St. Petersburg opening round] we got taken out by [Carlos] Munoz and it's things like that, not of your making, that put you behind.  You’ve just got to be lucky and not get caught up in someone else’s mistakes.

“The further up the grid you start, the fewer issues you normally have.  So for us, our goal is to have a stronger presence in qualifying as well as the races so we can run up where all the good guys are and not get caught up in the mistakes you tend to see more often in the middle and back part of the grid.”

Rahal said the freezing of aerokit development in the offseason will play into RLLR’s hands, as will consistency in the team personnel lineup.

“Given the fact that the aero kits are the same, that’s one less thing to deal with so it just comes down to preparation,” he commented. “We have had a positive test season and we will go to St. Pete with some of the things we found.

“We brought in Tom German since last year but aside from that, the team is basically the same so that consistency and the added value that Tom brings has got us thinking pretty positive about the upcoming season."

Rahal went on to describe Chip Ganassi Racing’s return to the Honda ranks as a “big story” but expects RLLR to stack up well with more direct comparison.

“I like the fact that they now have the same equipment as we do.  We beat them when they were with the competition so it will be interesting to see how we fare and I expect that we will fare quite well.

“But we can’t just focus on them; we’ve got to focus on the whole field. We just have to do what we’ve done the past several years and that’s rely on ourselves to develop the best car we can. Obviously everyone has to do their job, and do their job better than they’ve ever done it before.  And that’s from the management side, the mechanics, pit stops, Graham's driving… We’ve just got to continue to raise our game.”

Jay Howard to race for Schmidt Peterson at Indy