Rahal predicts a “great show” by IndyCar at repaved Gateway 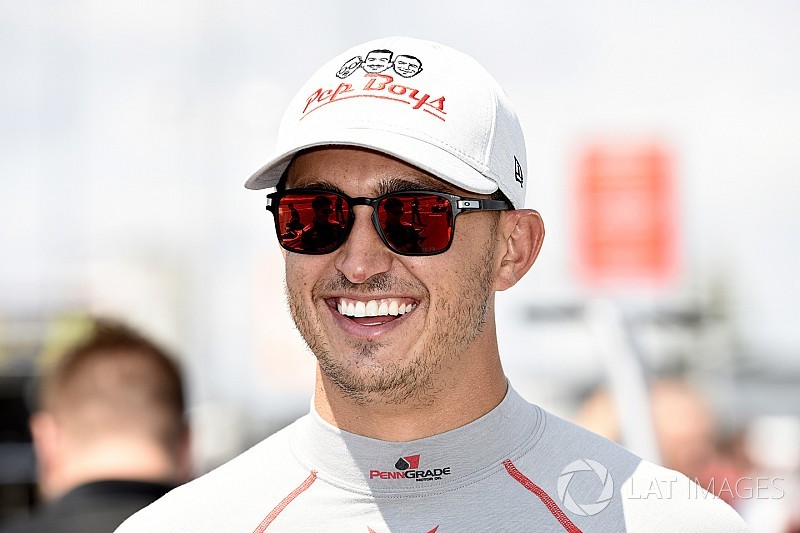 Gateway this weekend returns to the IndyCar calendar for the first time since 2007, and Rahal says key to the Bommarito Automotive Group 500 being a good show will be the fact that the straight is long for a short-oval course.

“The repaving was good,” he said. “The track is extremely grippy on the racing line. If you get off line, it’s a bit slippery but it’s grippy on line and it’s also very smooth. [Track owner] Curtis Francois and his team did a phenomenal job. Everybody is going to go there and have a great time.

“We will put on a great show. I think it’s going to be the best short-oval show of the year because the straightaway is so long. In essence, Turns 3 and 4 are fairly easy so it makes for a very, very long straightaway. Turns 1 and 2, though, are a lot like Pocono with very heavy loads and things happen in the blink of an eye so it will be interesting to see how that plays out.”

Despite his optimism for the race’s entertainment value, the Rahal Letterman Lanigan Racing driver – who lies sixth in the championship, and second of the Honda drivers [Ganassi’s Scott Dixon is first] – said that he is expecting the HPD-aerokitted cars to struggle.

“St. Louis is going to be a difficult race for a lot of people,” he remarked. “We had a decent test there after the repaving so I’m looking forward to going back for the race. It’s a challenging place and we’re going to have to do the best that we can to adapt to it.

“To me the short ovals have kind of been a weakness of our aero kit the last couple of years so I hope that we can go there and find more speed since our test.

“We’ll see how it all plays out and put our best foot forward. Hopefully we can gain some points and have Lady Luck on our side and have a good weekend.”

Rahal’s #15 car will this weekend be primarily sponsored by Fifth Third Bank, which sponsored Oriol Servia’s #16 RLLR entry for the Duals in Detroit.

Bourdais returns for Gateway, Gutierrez out