Rahal aiming to become “a thorn in everybody’s side” 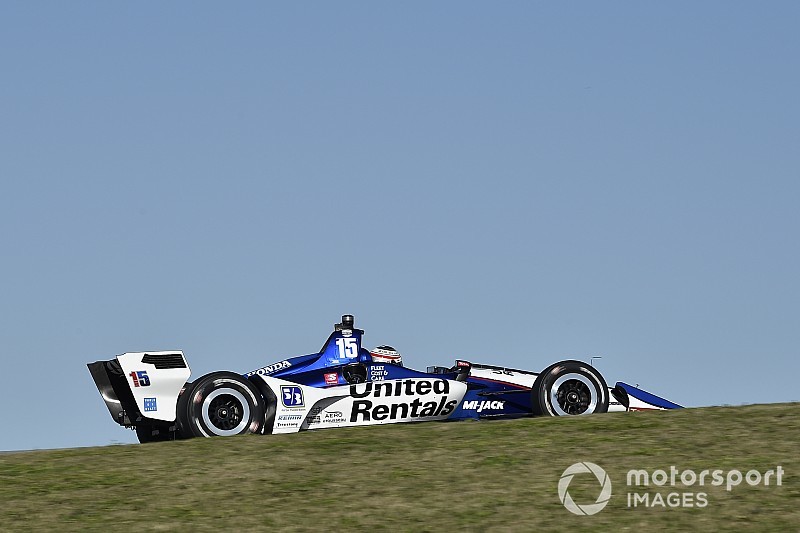 Graham Rahal says he and the Rahal Letterman Lanigan team have pinpointed where they need to improve in order to restore their status as prime threat to IndyCar’s ‘Big Three’ outfits.

Rahal, who joined the team led by his three-time champion father Bobby in 2013, finished in the top six in the championship from 2015 through ’17, earning a total of five wins.

However, the team expanded to two cars in 2018, Rahal fell to eighth in the standings, and although teammate Takuma Sato scored a fortuitous win in Portland, he finished only 12th in the end-of-year points table.

“We’ve been fortunate to win six times,” said Rahal, “and a lot of people come into this sport and never win.

“Having said that, I know of no reason that we can’t win a lot. I don’t care what anybody writes, what anybody thinks. I really feel that when it comes to race day, we perform better than 99 percent of the people out there.

“[But] as a team, and myself, we just need to qualify better. If we can qualify better, we’ll be a thorn in everybody’s side. That’s a fact.

“We have to get better. We know where it is. On the chassis side of things, every time it comes to qualifying time and we have to push a little harder, both of our cars go very loose. We know the rear of our cars are just not good enough. When we need to find that extra tenth or two, it’s just not there for Takuma and I. We’ve got to correct that.

“Everybody thinks the off-season is long. It’s not. We frankly weren’t developing enough. To jam that all into one off-season is hard. We might not see the fruits of that labor for a little while.”

“He and Eddie are very close friends and I think that’s going to help us from the standpoint that they are on the same page. They are like an old married couple that don’t need to talk to each other – they know what each other is thinking. That’s good. That is something that I think we needed.

“We need a little life brought back in the team. If anything, the challenge I expect will be to get everything in order in time. We’ve figured out a lot of areas we were lacking development last year, and even before that. That has kind of put us behind.

“When you try and do that development and get caught up it puts you in a bind and we’ve definitely seen that. We’ve had a little turnover in employees just from how hard we are working everybody.

“It’s a different period of time in our team. I’m excited for what I see, and I know in the end, it’s all going to pay off. It’s just a matter of when. We are in a great position as a team. We’ve got great sponsors and that’s going to allow us to push forward and do the things we need to do. It’s just, “How long does that take to come into effect?”

“We saw [a Laguna Seca test] write-up the other day that didn’t even mention our team in it and that’s good motivation. It was sent around to everybody in our team. ‘Hey, here you go, here’s what they think of us.’

“We used that as motivation. We show all of our guys, ‘Here is the way we are viewed. Go out there and turn this thing around and prove everybody wrong.’”