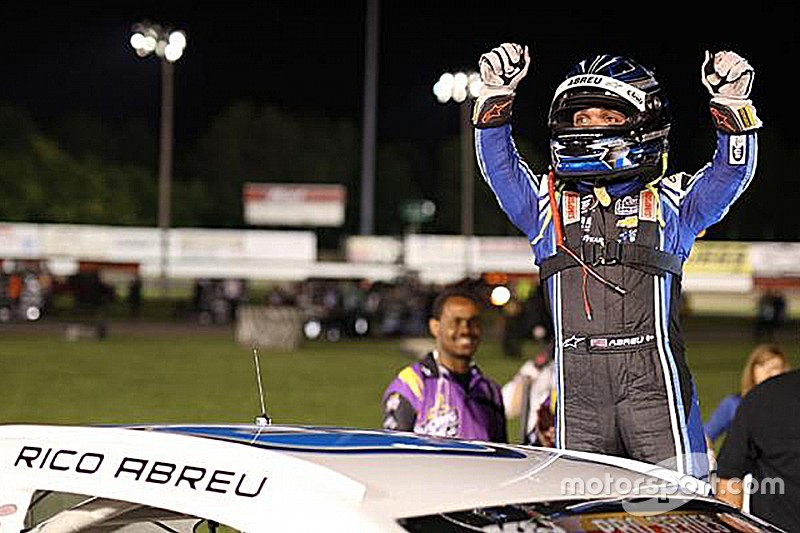 Despite recent setback in NASCAR, Rico Abreu still dreams of running in both Indianapolis 500 and Daytona 500.

Abreu was emphatic, he’s not giving up his dreams of racing in motorsports' big leagues. During his formative years as a racer, those dreams included the Daytona 500 and the Indianapolis 500.

So after learning of a setback in NASCAR, would he try his skills in the IndyCar Series?

“My goals from Day 1 — that I’ve always said to everybody — my goals are to run the Daytona 500 and the Indianapolis 500, and I just want to win races on top of all that.

“Clauson did run (the Indy 500), but he’s up there with all the elite drivers,” Abreu said.

Abreu is no slouch when it comes to midget racing either. The 25-year-old St. Helena, Calif., native won the 2014 USAC Midget National championship, the 2014 Belleville Midget Nationals and the last two Chili Bowl Nationals.

Following a full season in the NASCAR K&N Pro Series, where Abreu won at Columbus (Ohio) Motor Speedway and posted three poles, four top fives and eight top 10s in 14 starts, he advanced to the Camping World Truck Series. After 23 starts in the No. 98 ThorSport, the rookie driver earned two top fives and five top 10 finishes.

“Initially, my path was to race whatever,” Abreu said. “I don’t want people to think I’m sitting here, quitting or giving up on anything. Once we find a situation that works for me, it what we’ll push for.

“I have good people behind me. It’s just a matter of putting everything together. It’s like a puzzle. And you have to put every piece together. And if there’s pieces missing, the puzzle isn’t complete.”

Paul Tracy: Lack of rivalries and ‘bad guys’ are hurting the sport

Indy 500 focus will be on racing, not outright speed