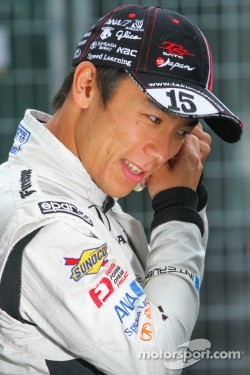 FIRST RACE SINCE COO SCOTT ROEMBKE’S PASSING The team embarks on the 2012 season-finale with heavy hearts as it will be the first time to race since the passing of longtime Chief Operating Officer Scott Roembke. Our prayers and sympathies continue to be with his wife Darcy, son Chris and the entire Roembke family. In the words of team founder Bobby Rahal “Scott will always be a part of our team, now and in the future.” The team will honor Scott by placing decals with his initials on the race cars and by wearing black armbands at both their IndyCar Series event and their American Le Mans Series event at Virginia International Raceway on Saturday, September 15. Services are pending.

FIRST 500-MILE OPEN WHEEL RACE AT FONTANA SINCE RLL WON The MAVTV 500 is the 15th and final race of the 2012 IndyCar Series season. The finale also marks the first race other than Indianapolis under IndyCar/IRL sanction that will be a 500-mile race. The last 500-mile race Fontana hosted was a decade ago in 2002, won by Jimmy Vasser and then-named Team Rahal in CART with an average speed of 197.995 mph. There have been 10 open-wheel races held at the track under CART and the IndyCar Series sanction and RLL is one of the few teams to have participated in all of them.

SATO ON HIS FIRST RACE AT AUTO CLUB SPEEDWAY Sato will be one of 19 drivers in the field to race at Fontana for the first time. Only six drivers have raced in at least one event here before. The team tested here on Tuesday, August 21 prior to the Sonoma race.

“Testing here was beneficial because the track is very different from others so there was a lot to learn. We evaluated a number of the test item and found a basic, initial setup that would work for this unique speedway. We wouldn't be able to race competitively without this test because the amount of the work was big and I'm very happy that we completed a good test there. Compared to the number of practice days for the Indy 500, it was a very little amount of testing so we would like to have much more but still it was a very valuable day for us.”

SATO ON THE CHALLENGES OF AUTO CLUB SPEEDWAY “It is a big, ultra high-speed two mile oval and I think it is a very challenging speedway. Given that we have very little downforce based on technical regulations which haven’t fully been confirmed for the specific aero package for the weekend, it’s going to be a very tough race. I am assuming the aero package is likely to have a similar philosophy - very light downforce. We had a test there and I was never able to go around flat even on a new tire run plus there are very bumpy sections at the back stretch and into Turn 3. It will be a big challenge to get good stability and good mechanical grip as well as reduce the drag. For drivers, we need to keep the concentration level really high for a long race with bumpy, high-speed banking. It will be very challenging and I look forward to it but it will be a tense night.”

SATO ON TESTING BEFORE THE AERO PACKAGE IS DETERMINED A test will take place at Auto Club Speedway on Wednesday, September 12 that will determine the aero package that will be utilized this weekend. Sato and RLL tested at AC Speedway on September 21 with two other teams and ran setups options based on calculated guesses as to what aero package the series would decide upon for race weekend. Sato is confident the knowledge gained at the test was beneficial.

“It will affect us some but at least we ran the package that was possibly the least downforce at the test so it will minimize an impact for the changes. We still have to adapt the setup to optimize the revised aero package but usually adding more downforce is easier than the other way around.”

SATO ON A 500-MILE SEASON FINALE “It is a great thing to have a special race to end the season. A 500-mile race is long it will bring many dramatic situations, excitement, chance for success and etc. so there will be a potential for interesting stories and for sure it will be a great race.”

SATO ON TRANSFERING THE COMPETITIVENESS FROM THE INDY 500 TO FONTANA In the “other 500 mile race” run this season, Takuma was alongside eventual Indy 500 winner Dario Franchitti in Turn 1 on the final lap but limited traction and possible tire contact catapulted him into a spin and the wall and he ultimately finished 17th after starting 19th. He led the third most race laps at 31 and had a car capable of winning the Indy 500. He is hoping to carry that competitiveness over to the 500-mile season finale.

“Since the track is very different, I think the way you race is different but having said that, a long race with 500-miles means there are some similarities. I think the way we raced at Indy helps a lot to understand how I should drive and build up the good confidence and momentum as well as we need to keep tuning the car to adapt to the changing conditions during the long race. Having experienced a good race at Indy is definitely good help physically and mentally.”

SATO ON EXPECTATIONS FOR COMPETIVENESS “Its never easy thing to predict but I expect we should be very competitive at Fontana. We didn't have the speed to encourage us at the test but that was because we were collecting a lot of different types of data carefully so that was more important. I'm confident that the engineers analyzed the data and we are as prepared as we can be. We were strong on the big oval so I am very much looking forward to the weekend.”

SATO’S SEASON TO DATE The season-finale will be the last opportunity to improve the team’s season-ending rank. Sato is currently ranked 16th with a total of 255 points. He is 50 points from a top-10 rank (10th: G. Rahal, 305 pts). He led four races to date and ran as high as second, fourth and sixth in five others. His top finish to date this season is a career-best finish of second and he is ranked eighth overall in Laps Led with a total of 70 for leading at St. Pete, Long Beach, Indy and Baltimore.