RLLR to run Servia in Indianapolis 500 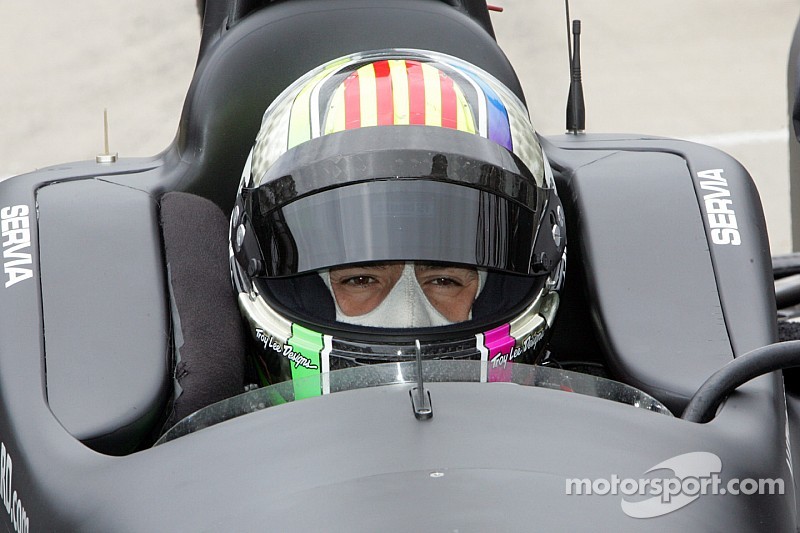 The Rahal Letterman Lanigan Racing IndyCar team will add an entry for Oriol Servia for this year's Indianapolis 500.

Servia, who competed with RLLR in the 2009 and 2011 editions of the race, will be entering the event for the seventh time.

The Spanish driver has a best finish of fourth in the 2012 race with Dreyer & Reinbold.

Servia competed in four IndyCar races with RLLR in 2014, but has no full-time drive for 2015 after giving up on his Formula E seat at Dragon Racing earlier this year to become a team manager.

"This will be our third attempt together to cross the most famous brick­yard first after 500 miles," said Servia.

"The first two efforts were very promising and encouraged all parties to go for it again with the most ambitious aspirations.

"I have followed closely all the changes that the team has gone through over the winter and I am really excited as I have worked with most of the new hires.

"I believe the whole team is perhaps the strongest and most talented group in the whole Indy car paddock."

Servia will take part in the open test at Indianapolis Motor Speedway on May 3.

"Oriol is a very talented driver," said Bobby Rahal. "He's a smart driver and he's got a lot of experience so we're looking forward to bringing him back to run the Indy 500 with us for the third time."

Ganassi gives Saavedra seat time in No. 8, to run fifth car in Indy 500