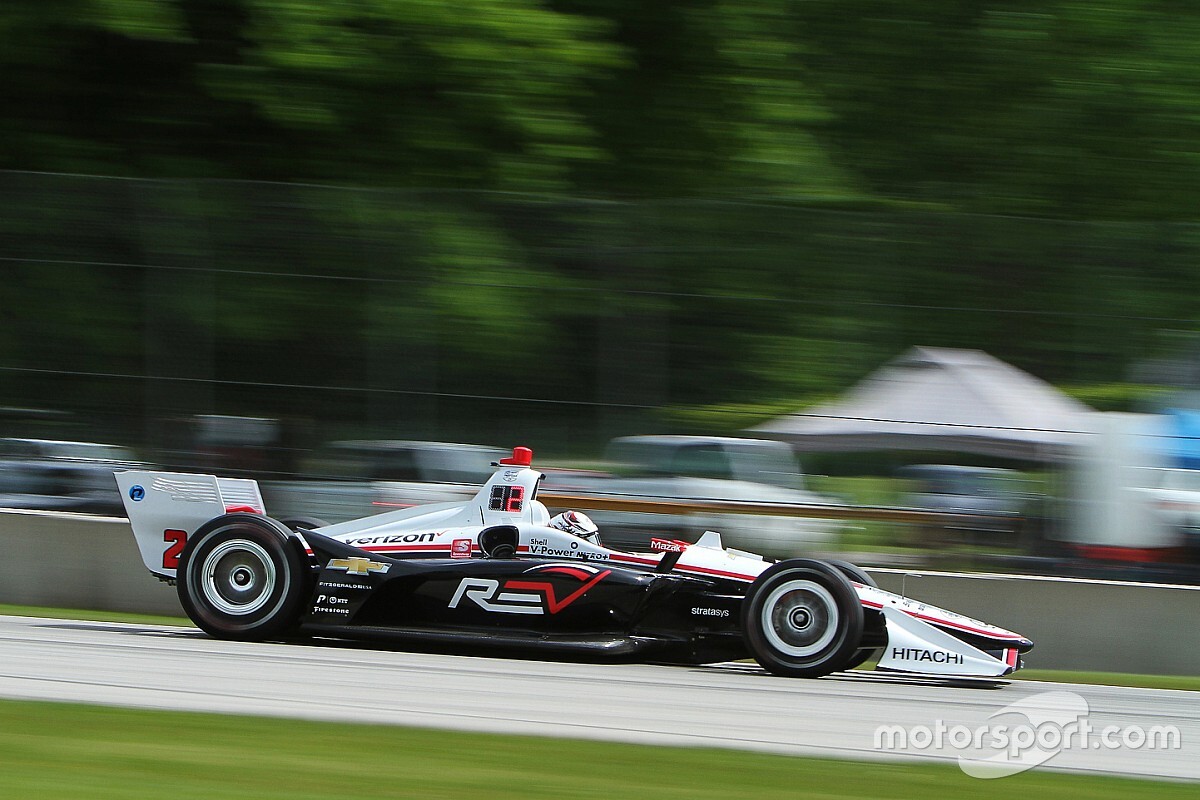 Championship leader Josef Newgarden put the #2 Team Penske-Chevrolet at the top of the times in final practice for the REV Group Grand Prix at Road America, although some of his rivals had their best laps interrupted by a red flag caused by a spin for Graham Rahal.

Despite running primaries Newgarden turned the fastest lap of the weekend with a 1min42.8825sec lap of the fabulous 4.014-mile track near Elkhart Lake, WI., beating Colton Herta’s Harding Steinbrenner Racing-Honda by 0.2872sec.

IndyCar allowed drivers one last timed lap after the red flag, and Newgarden’s teammate Will Power improved despite the primary tires taking longer to warm up than the red alternates. He leapfrogged to third ahead of two Andretti Autosport-Hondas of Ryan Hunter-Reay and Alexander Rossi.

Spencer Pigot was a highly impressive sixth for Ed Carpenter Racing-Chevy ahead of Felix Rosenqvist who was again the faster of the two Chip Ganassi Racing-Hondas.

Santino Ferrucci clocked eighth fastest for Dale Coyne Racing, ahead of fellow rookie Patricio O’Ward in the Carlin-Chevy who twitched off course but swerved around the Chevy trackside signage.

Rahal’s spin came as he exited right-handed Turn 6 on a flying lap, slithered over the exit curb and spun to the inside, brushing the wall with his left rear and scraping it with his wing. He was more disappointed at the team’s relative lack of pace this weekend, as the two Rahal Letterman Lanigan Racing-Hondas wound up 16th and 18th.