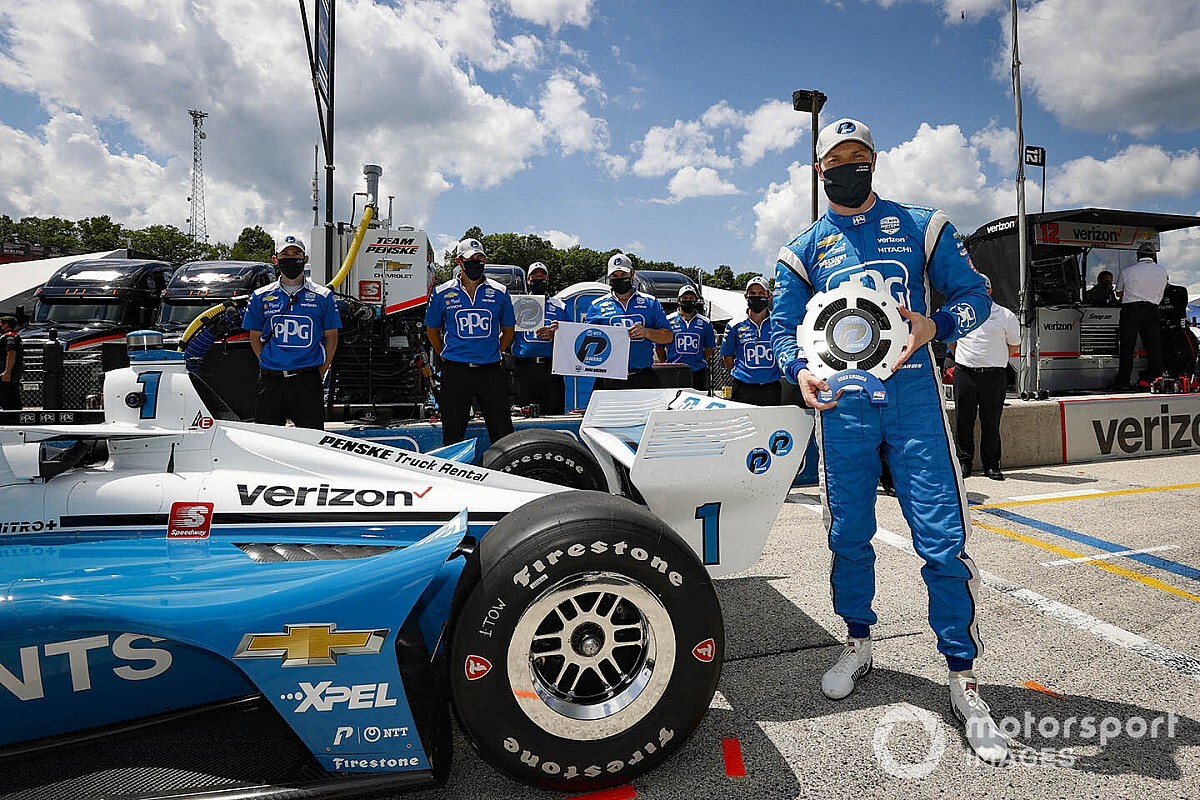 Team Penske Chevrolet’s Josef Newgarden slipped in a brilliant lap at the very end of IndyCar qualifying at Road America to claim his second pole of the season, while for a second straight race, Jack Harvey landed a front-row spot for Meyer Shank Racing-Honda.

As is customary for NTT IndyCar Series double-header weekends at road and street courses, the more usual qualifying format was replaced. Positions at the end of morning practice defined how the field was divided in two – odd-numbered in one group, even-numbered in the other – with the fastest driver (in this case Team Penske-Chevrolet’s Will Power) getting to choose which group went out first. The fastest driver of the two groups would earn pole and thereby grant ‘his’ group all the odd-numbered positions on the grid, while the fastest driver from the other group would earn outside front row spot and this group would fill out all the even-numbered positions on the grid.

So that the track was rubbered in as much as possible, Power inevitably chose his group to go out second, yet for much of the session, it seemed as if Harvey’s top time from Group 1 – 1min45.729 – would stand strong and give him his first pole.

However a three-way struggle in Group 2 between Newgarden, teammate Power and Andretti Autosport-Honda’s Ryan Hunter-Reay, saw Newgarden set a 1min45.519 to claim his 15th pole in IndyCar. Hunter-Reay fell 0.1372sec short of that mark, while Power overcooked his last lap of the 4.014-mile course and was three-tenths down.

Said Newgarden: "The boys worked really hard trying to turn around from the GP. It’s been a fast day and the guys have had to be on-it with their decision-making. Compared to practice, I think we tried to get a little cheeky with our tire usage, and we were a little off-page with the other people, but Gavin [Ward, race engineer] and me tried to figure out the pieces that were good and put them back on the car then it worked out really well. So now, we’ve got to worry about the race car.

"Chevy gave us a great package. I think we made huge steps from where we were last year here."
Group 1 was far closer at the top, Graham Rahal’s Rahal Letterman Lanigan-Honda taking just 0.03sec longer than Harvey to complete his flyer, as Dale Coyne Racing with Vasser-Sullivan’s Santino Ferrucci was very impressive, just another 0.04sec back.

Scott Dixon, winner of the first two races of 2020, was fifth fastest in the second group, just ahead of last year’s dominant winner at Road America, Alexander Rossi.