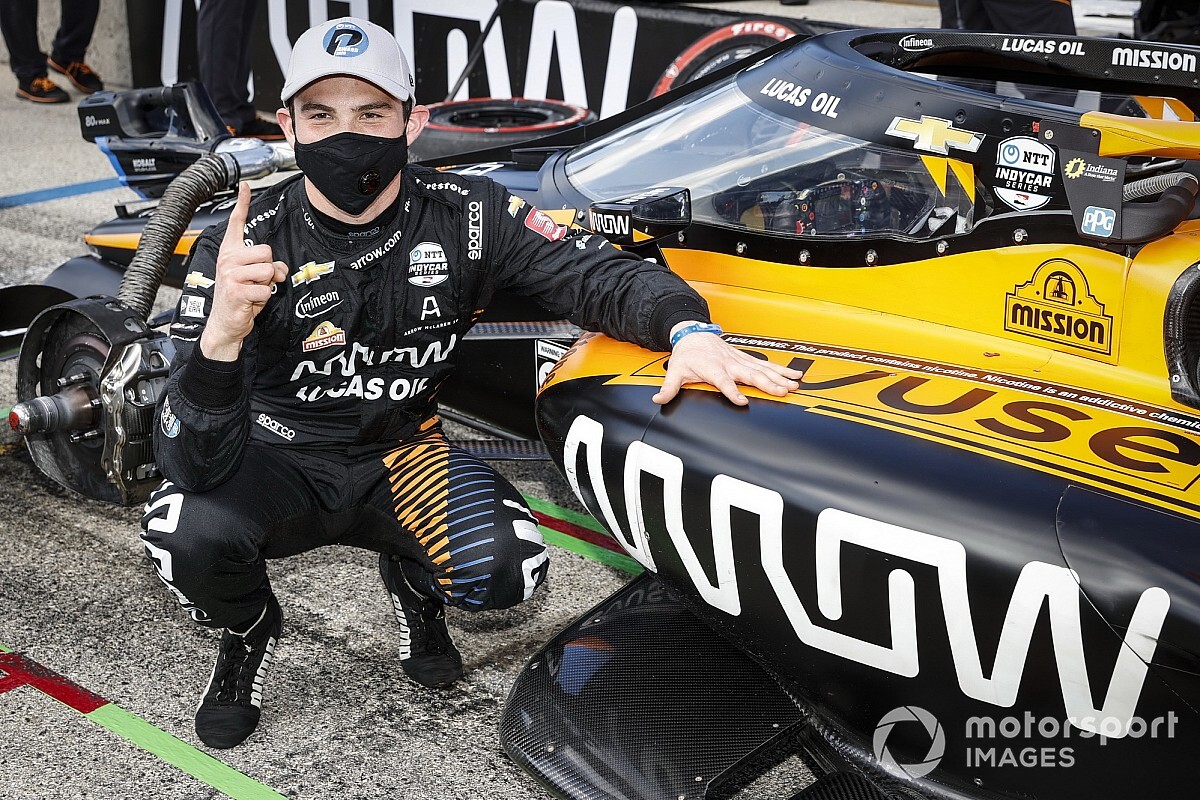 The 2018 Indy Lights champion Pato O’Ward earned the first pole position of his IndyCar career at Road America this morning when his fastest time in his Group edged the best effort of former Lights teammate Colton Herta who topped Group 1.

The Arrow McLaren SP-Chevrolet driver’s margin over the Andretti Harding Steinbrenner-Honda driver was just 0.0279sec but that was enough to push last year’s polesitter Herta to the outside of the front row.

It is the first pole position for a Mexican IndyCar driver since Mario Dominguez started P1 in the Houston Champ Car race in 2006.

In fact, Dale Coyne Racing with Team Goh’s Alex Palou, third place finisher in yesterday’s round, was closer to O’Ward – 0.0221sec – but being in the same group, he will start from the odd-numbered positions, and therefore third on the grid, alongside Ryan Hunter-Reay of Andretti Autosport.

The field ran in the same groups as yesterday, but this time with Group 2 going out first and tackling the track at its ‘greenest’.

In this group, Team Penske-Chevrolet drivers Will Power and Simon Pagenaud, as well as Arrow McLaren-SP Chevy’s Oliver Askew, all hurt their chances by speeding in pitlane, thereby incurring a drive-through penalty and consigning themselves to just one flying lap on the Firestone alternate tires. Power did well, therefore, to grab P4 in the session to edge his teammates, even if he did trail Herta, Hunter-Reay and Dixon, but he’s consigned to eighth, alongside Dixon’s Ganassi teammate Felix Rosenqvist.

Jack Harvey, who started his Meyer Shank Racing-Honda from the front row yesterday, will start from the fifth row on this occasion alongside semi-teammate Alexander Rossi.

With Penske finally dropping the ball in qualifying, yesterday’s polesitter Josef Newgarden will start only 14th, while Pagenaud is 22nd.