Alexander Rossi’s Andretti Autosport-Honda delivered an ultra-strong lap on his alternate-compound tires to beat Team Penske-Chevrolet’s Will Power and Josef Newgarden to top spot by around 0.3sec. 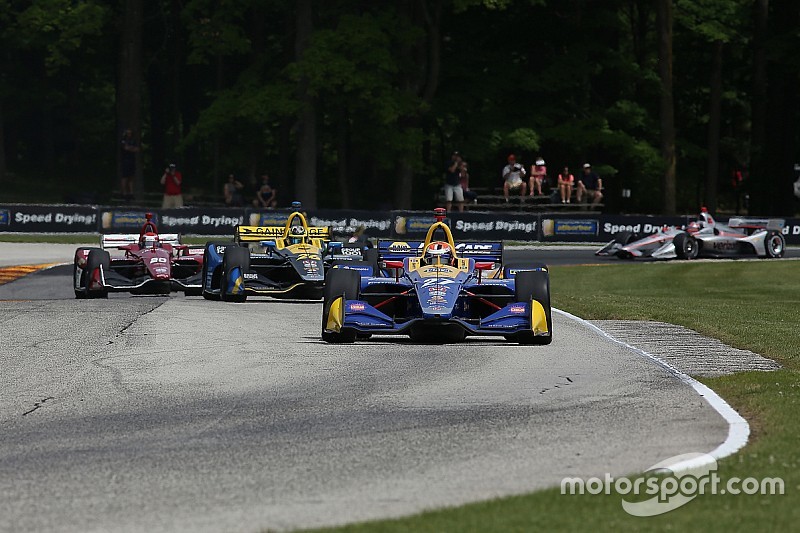 Rossi was the first driver to crack the 140mph barrier with a guts ’n’ glory run that took in a few curbs, a lot of grass and several violent steering inputs. The result was a tour of the 4.014-mile track that took just 1min43.1206sec, an average speed of 140.131mph.

That was 0.2883sec clear of Power’s best time that eclipsed Newgarden by just 0.0669sec; the pair were the other way around on the primary compound, 0.006sec apart.

Colton Herta was fourth fastest for Harding Steinbrenner Racing, just 0.0049 ahead of fellow rookie Felix Rosenqvist in the faster of the two Chip Ganassi Racing-Hondas, while Graham Rahal was the fastest Rahal Letterman Lanigan Racing entry.

Patricio O’Ward again starred with P9 for Carlin Racing-Chevy, as Marco Andretti made the top 10, albeit 0.95sec off Rossi’s top time.

Simon Pagenaud was only 15th in the third Penske, just ahead of the two AJ Foyt Racing-Chevrolets.