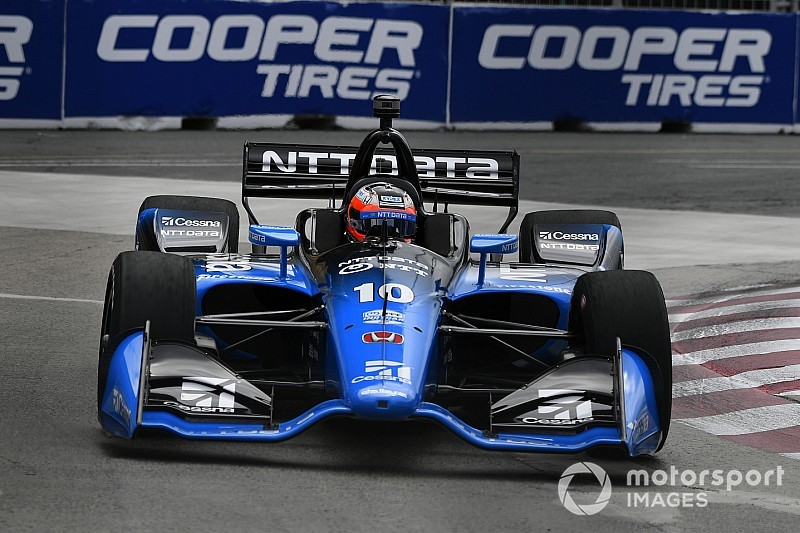 Felix Rosenqvist maintained his sparkling form throughout the Honda Indy Toronto weekend by topping raceday warm-up ahead of Will Power who appeared to have made a breakthrough in terms of setup.

Rosenqvist, who will start from third in this afternoon’s race, lapped the 1.786-mile street course in 59.947sec at 107.255mph, approximately one tenth faster than Chip Ganassi Racing-Honda teammate Scott Dixon who will start second.

But the pair were split by Power’s Team Penske-Chevrolet, which will be starting 15th due to the three-time Toronto winner’s struggles throughout practice and qualifying.

Graham Rahal’s Rahal Letterman Lanigan Racing-Honda kept Josef Newgarden and polesitter Simon Pagenaud down in fifth and sixth, while Alexander Rossi half-spun his Andretti Autosport-Honda into the tires at Turn 8 but without damaging the car.

Colton Herta, like Power, is starting atypically low on the grid (16th) but finished the session in eighth ahead of the second RLLR car of Takuma Sato and Spencer Pigot of Ed Carpenter Racing-Chevrolet.

The Honda Indy Toronto is due to start at 3.40pm local (Eastern) time.