IndyCar championship contender Alexander Rossi says that after his very first test of the new aerokit this year, he felt “calm and relieved” that the Andretti Autosport-Honda team was going to be fast. 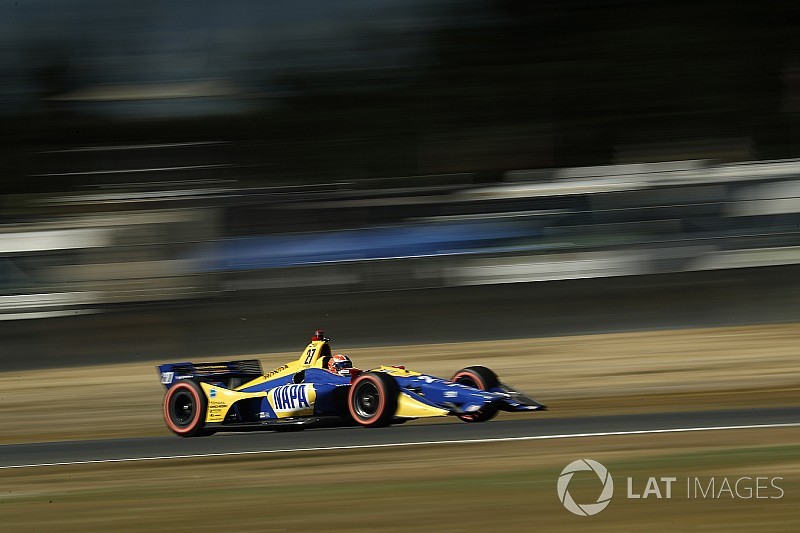 Rossi heads to Sonoma Raceway next week aiming for his first title in only his third season of IndyCar racing. He is 29 points behind four-time champion, Scott Dixon, and is the Chip Ganassi Racing driver’s only realistic contender for the crown.

The Californian, who turns 27 this month, stated that the build-up to this season had fluctuated between positivity as he started attaining consistent results mid-2017 [including a win at Watkins Glen], to then being disappointed by other teams getting the new aerokit before Andretti Autosport, to happiness on sampling the product.

He said: “From the middle of '17, I started to see the results of the engineering changes that we had made in the off-season. The structure and methodology changes we made from '16 to '17, started to have concrete results. That's when I started to think we were going to be able to do something great in 2018.

“Really from the middle of 2017 I thought we can definitely do something, making the steps forward we needed to. Then the big question was, ‘That's great, but Ganassi and Penske and Carpenter and Schmidt are doing all this testing going into 2018. That's going to suck!’

“But Ryan and I were pretty calm and relieved after the first day we got in the car in Sebring, and my performance was instantly there. While there was a concern about it, I think that we were both blown away with the package that we were able to start with and the baseline that we had.

“That's a huge testament to all departments to be able to take kind of the numbers that they were getting from Dallara in terms of what this car is going to do, then come up with mechanical packages based on that.”

Rossi said that although he feels he’s gotten better as a driver, the introduction of a spec aerokit and the continuity within the team had been primary factors in elevating him to title-contending status.

“I think that every time you get in a car, you learn something new. You're trying to be better and learn from the people around you – your teammates, other drivers… I just think you get better overall. The more time you have in the series with the car, the team, on track, you see upticks in performance.

“Really, I think the big thing for us this year is just going back to a spec aerokit. It's really leveled the playing field and taken away advantages that teams have had in the past, just given us some opportunity to show the mechanical capabilities of our car, the strength of the Honda engine, all of that.”

He went on: “Continuity is such an underrated thing in racing. The fact that I've been able to be in the same team, first of all, but have the same crew and engineering staff for the past couple of years has really allowed us to move to that next level of communication, you know? Being able to work through problems. I think that's the biggest thing.

“It's pretty easy to have a good weekend when you show up at a racetrack, roll off and you're fast. I think a lot of guys in the series can race and be up front when that happens. It's the day you roll off and you’re P15, P18, whatever and you have a night to kind of regroup and try and come up with a solution to your problems.

“The guys who have been with their respective teams the longest are able to do that because we know how to maximize the most from each other, exact the most performance to get the end goal we're all looking for.

“We've had to do that a couple times this year and for sure being on Year 2 with Jeremy [Milless, race engineer] has a lot to do with that. It makes me even more excited for what our potential is in 2019.” 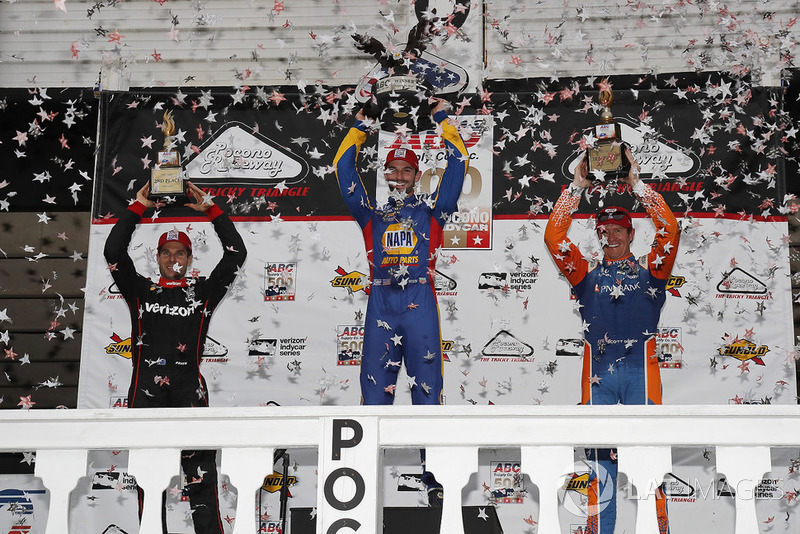 Why IndyCar will be Alonso's toughest triple crown test