Ryan Hunter-Reay named Driver of the Year at the ESPY's 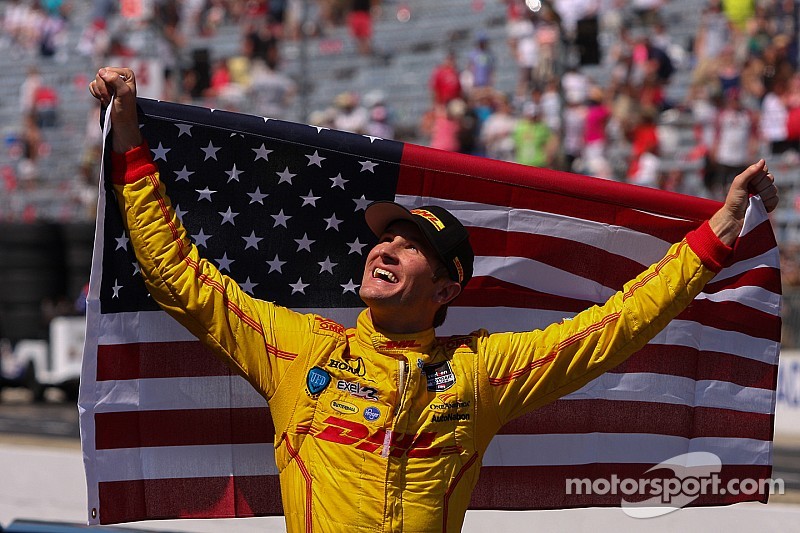 Hunter-Reay, who won the 98th Running of the Indianapolis 500 with a thrilling finish over Helio Castroneves, received the ESPY Award as Best Driver for the second consecutive year on July 16 at the Nokia Theatre in Los Angeles. He became the first Indy car driver to repeat as the award's winner.

"It's a tremendous honor to win the ESPY," said Hunter-Reay, who won in his second nomination. "The Indianapolis 500 is a tremendous race and this year was such a hard fought and intense battle at the end. I think the fans really showed their support for the show they got from the Verizon IndyCar Series in May."

Through 12 races this season, Hunter-Reay is third in the championship standings with three victories and two other top-five finishes in the Honda-powered No. 28 DHL car for Andretti Autosport.

"I wouldn't be able to be here without the support every member of Andretti Autosport," Hunter-Reay said. "This is amazing to be celebrating with them and the rest of the Indy car community."

The awards show, which celebrates the year's best athletes and moments in sports, was hosted by music artist and actor Drake. Football player Michael Sam won the Arthur Ashe Courage Award, given to an individual whose contributions transcend sports.