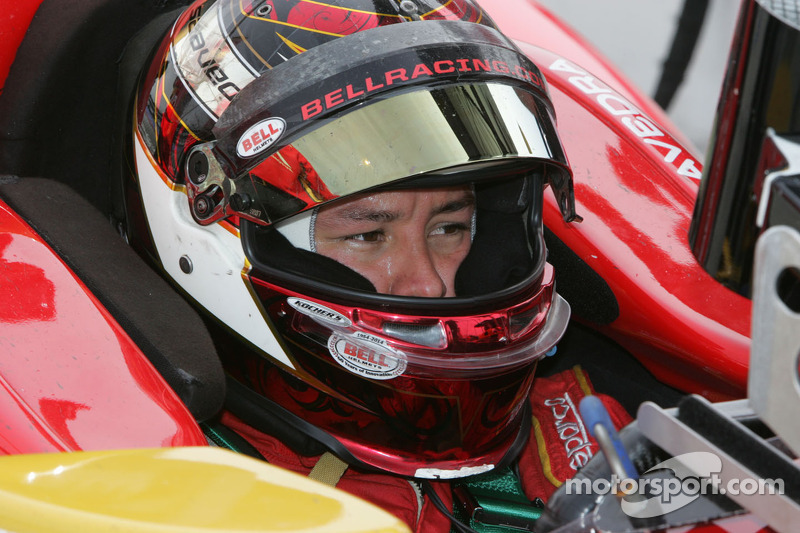 Saavedra and KV AFS Racing prepare for a battle on the streets of Belle Isle.

Sebastian Saavedra, driver of the No. 17 KV AFS Racing car is eager to return to the Chevrolet Indy Dual in Detroit at The Raceway at Belle Isle Park, May 30-June 1.

Last year, making his Detroit doubleheader debut, the 23-year-old recorded his first IndyCar top-10 finish in the second race. This year, he will be looking to go one further when he competes on the 2.36 mile, 13-turn Belle Isle Park temporary street circuit.

Saavedra is going to Detroit with momentum after having had some solid results this season. A few weeks ago at the inaugural Grand Prix of Indianapolis, he earned his first IndyCar pole and last weekend at the Indianapolis 500, climbed 17 places to have his best finish of 15th at the Speedway. Saavedra has also led an IndyCar race for the first time, having now done it twice (Long Beach and Barber) and secured his first top-10 finish of the year at Long Beach. He sits 17th in the standings with 101 points, 22 points away form 10th.

"After a busy month of May with some points in the bag we go focused to Detroit," said Saavedra. "It's a special place for me after the good races last year and a solid top-10. It's even more special because it's my birthday and that will help motivate me to give myself a great present. We have shown our progress in the last few races and we need to keep on that path so we can continue fighting with the front runners."

The native from Bogota, Colombia, has been among the youngest drivers in nearly every series he has competed in. He joined Firestone Indy Lights just before his 19th birthday and that year was awarded Rookie of the Year honors with AFS Racing/Andretti Autosport. He moved to Bryan Herta Autosport for 2010, where he made his Indianapolis 500 debut in becoming the third Colombian driver to do so. Saavedra then stepped up to the IndyCar Series in 2011 with Conquest Racing before returning to Indy Lights in 2012. Last year, he spent the entire season back in IndyCar with Dragon Racing.

Newgarden looking to bounce back in Belle Isle