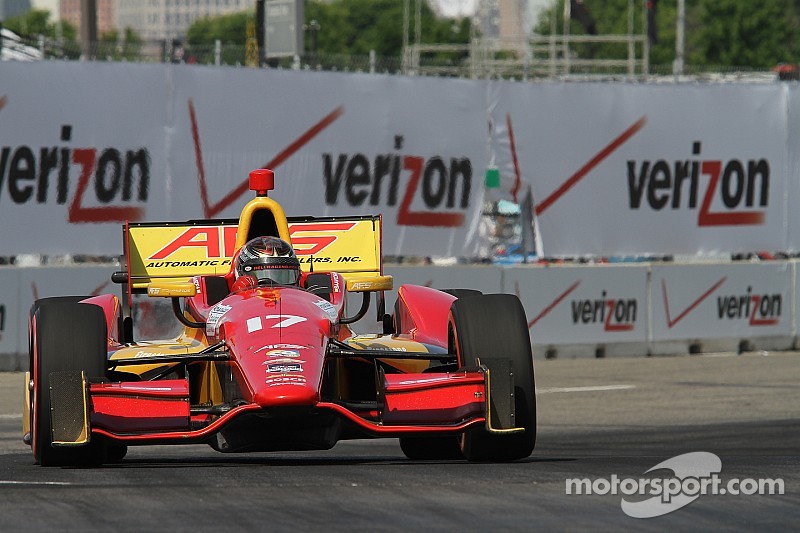 Sebastian Saavedra has been victorious at Toronto in his Indy Light days and is looking forward to repeating that this weekend in the third doubleheader on the Verizon IndyCar Series schedule, the Honda IndyToronto, July 18-20, on the streets of downtown Toronto, Canada.

Driving the No. 17 Automatic Fire Sprinklers, Inc. - KV AFS Racing machine, Saavedra will be making his seventh and eighth starts on the 1.75-mile, 11-turn temporary street circuit. In his three previous IndyCar attempts, he has a best finish of 15thlast year in Race No. 2 and a best start of 15th in 2011. Before graduating from the Indy Lights Series, Saavedra was no stranger to success at Toronto. While racing in the junior series, he finished on the podium twice in three attempts including a win from pole in 2009.

Commenting on this upcoming weekend, Saavedra said "I am hoping to bring the positive vibes that we built from last weekend to Toronto. It wasn't the result we wanted but we had a great car and showed that we can run with the leaders just unlucky with how it ended. Toronto is a place I really like and the team and I have both had success in the past. It's a track that I enjoy running a lot but it's going to be very physical and with it being another doubleheader weekend, I am preparing myself pretty strongly.  I'm looking forward to a positive weekend and putting the KV AFS Racing car back upfront again."

This year, Saavedra has posted some IndyCar career milestones on road/street courses. The 24-year-old started the year by leading his first career IndyCar laps at Long Beach and then went on to lead laps again a week later at Barber Motorsports Park. Saavedra made history by taking the pole for the inaugural Grand Prix of Indianapolis, which coincidentally was also his career first and he has shown he can battle through the field numerous times. Saavedra climbed an impressive 13 places in Long Beach, to secure his first top-10 finish of the season and having passed 16 cars at Houston in Race No. 1 to sit fourth, was looking to have his first top-five finish when he got punted with five laps from the checkered flag.

Bourdais is optimistic heading to Toronto

Ryan Hunter-Reay named Driver of the Year at the ESPY's