Sato leads Foyt trio, but admits "we still need to work on it" 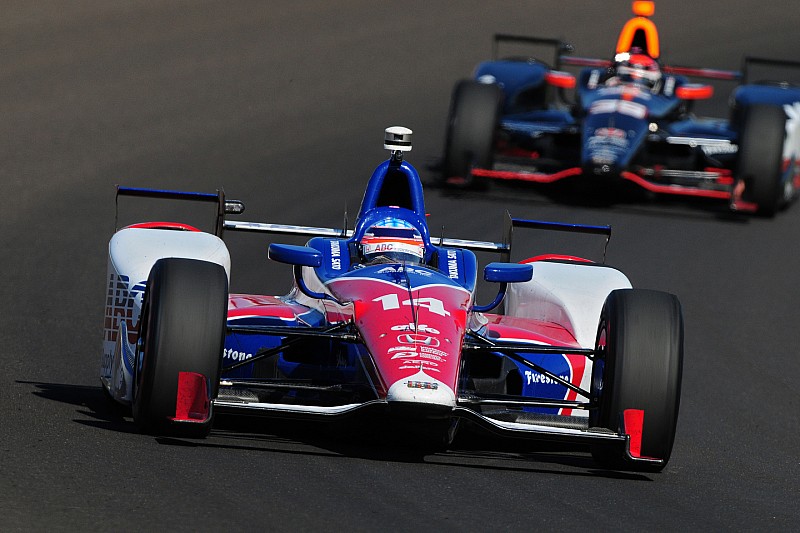 Takuma Sato has been the strongest driver out of the A.J. Foyt fleet throughout practice and qualifying, but even he says the car isn't quite there yet.

Foyt cars make up two/thirds of the last row for the 100th Indianapolis 500. Jack Hawksworth will start 31st and Alex Tagliani 33rd (last) after contacting the wall during his qualifying run. At the other end of the spectrum is Takuma Sato, who surprised even himself when his No. 14 showed up in 12th on the scoring pylon.

"I was very pleased. I was probably the only driver to celebrate that much from the fourth row (laughs). But I mean, we had some very difficult days and on Saturday, we were absolutely nowhere."

Getting to the front

Sato flexed his muscles in qualifying, but how is he in race trim?

"On Monday, typically the last hour, I was relatively happy with the balance. In terms of pace, we still need to work on it a little bit more," he admitted. His crew and the rest of the IndyCar teams got one more chance to shake down their cars on Carb Day during the hour long final practice session.

He, and especially his teammates, will have some work to do before they arrive at the front of the field. A task that might prove even more difficult this year with hot temperatures expected for the race.

"It’s always not easy (to pass). This year, the manufacturers seem to be much closer together. So I think it’s going to be a very exciting, crazy race.

"In front of us is a great quality of drivers. We will work the first 100 laps not to put a foot wrong."

For a driver like Marco Andretti, there will be added pressure on him due to his last name. The Penske quartet will have added pressure on them because they drive for The Captain and are therefore, expected to perform. Ed Carpenter has the pressure of his home-town crowd cheering him on.

But for Sato, his pressure comes from an entire nation. The lone Japanese driver in the field has a massive following back home in Japan.

"You can never get away from the pressure in this sport, whether you like it or not. I don’t feel too much, but I feel a little bit. But in a positive manner. The support from Japan, as well as the states and all over the world -- I really appreciate it. And we have a big group coming from Japan to cheer on the program. I am happy and hopefully, we can return the favor with a good result."

A general question fielded to drivers ahead of the 500 is where you want to be when the white flag flies. It's a topic Sato is more than a little bit familiar with. He was running second and in a position to take the win when the white flag flew for the 2012 edition of this race, but ultimately finished 17th with a torn up race car.

"I really don’t know (where you want to be on the last lap). Obviously, I know exactly how it can go (laughs), but anyone in the top five towards the end will have an opportunity to win the race."