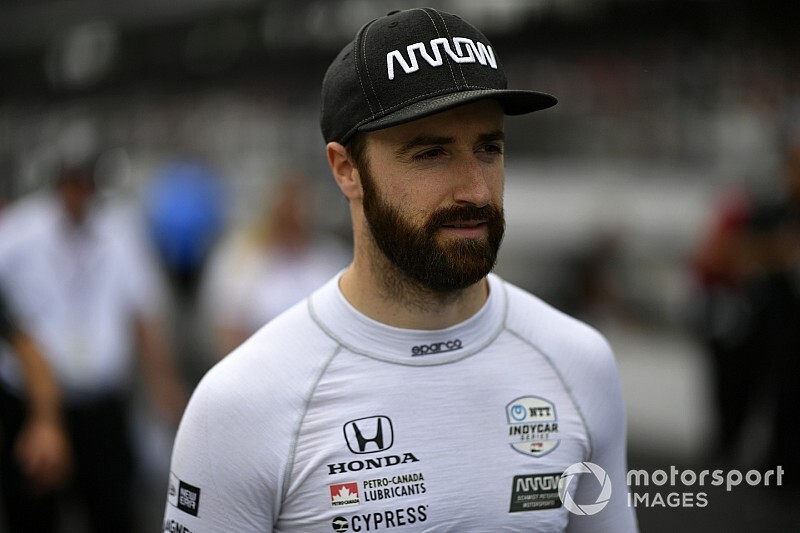 Team co-owner Sam Schmidt says it was painful to replace James Hinchcliffe in the reconstituted Arrow McLaren SP team, but that he has “every faith” that the Canadian star will find a full-time ride for 2020.

Hinchcliffe, a three-time winner for what was the Arrow Schmidt Peterson Motorsports-Honda team, had been expected to see out his contract with the rebranded squad, despite his affiliation with Honda Canada and American Honda conflicting with the team’s switch to Chevrolet engines in 2020. Indeed, Schmidt told Motorsport.com in August that Hinchcliffe would be staying for a sixth season with the team.

As recently as two weeks ago, one source very close to Hinchcliffe told Motorsport.com: “I don’t know why there continues to be rumors. Nothing has changed. He’s very much excited for the future.” It’s understood, also, that at that time Hinchcliffe thought his teammate would be reigning Indy Lights champion Oliver Askew.

However, Motorsport.com had learned that an understanding had been reached with 2018 Indy Lights champion Patricio O’Ward, following his brief foray in Japan as a Red Bull Junior driver.

In recent days, Hinchcliffe learned that in fact both O’Ward and Askew had been signed by the team now known as Arrow McLaren SP, and that his services would no longer be required. Asked today for comment, the 32-year-old Indy 500 pole-winner and Grand Prix of Long Beach winner said he was “not ready yet.”

In a media teleconference this afternoon, Schmidt didn’t reveal when the decision was made to sideline Hinchcliffe, but said: “I think Ric [Peterson, co-owner] and I would say that this is one of the toughest decisions we have had to make since we have been team owners, because I personally have known James, [father] Jeremy, [mother] Arlene and his brother Chris for 11 years and love him. And I really appreciate what he's done for the team – tremendous, tremendous investor in the sport and our brand and everything else.

“So it's a gut-wrenching decision, but we were faced with an opportunity to pick up these two young guns coming out of Indy Lights that already have 13, 14, 15 years worth of experience and it was just an opportunity that we couldn't pass up.

“So everything's amicable: I have all the faith in the world that James is going to wind up in a full-time ride and Ric and I are fully supportive of that. So it's just a competitive environment and for our partners… – it was a group decision – we got an opportunity in front of us, we got to take it, we want to go win races.”

Given that the wording of the release stated that Hinchcliffe was still under contract, Schmidt was asked,  ‘What is to stop him from just doing nothing and sitting out all year and collecting money from you guys?’

Schmidt responded: “What's to stop him is the race driver within him. You want to drive, you want to prove, you want to win the Indy 500, you’ve still got boxes to check.

“And so I have no doubt that he and his team are burning up the phone lines and talking with everybody out there, in any series but primarily Indy Car. He's still young, he still wants to win races, so I think that's what's to stop him from doing it. Certainly, it's his option, but I don't think you'll see him do that.”

Despite his longtime friend’s departure, the still rehabilitating Robert Wickens will remain part of Arrow McLaren SP, according to Schmidt.

“I think Robert continues to inspire and motivate and just amaze everybody on a daily basis,” said Schmidt who was rendered quadriplegic in an IndyCar shunt in 2000. “Because he's continuing the program, he's continuing to improve.

“He is a part of the team as a driver coaching consultant and will continue. And I think that's one of the major assets we have that Oliver was talking about in that he will be there at a majority of the races next year assisting these young guys to get acclimated as quick as they can.

“So he's part of the team, but also he's got a major focus on his rehabilitation and he's hell-bent on driving again and I wouldn't bet against him.”

Alonso "an option" for third Arrow McLaren SP at Indy