Schmidt: “If we don’t win with both drivers, I’ll be disappointed” 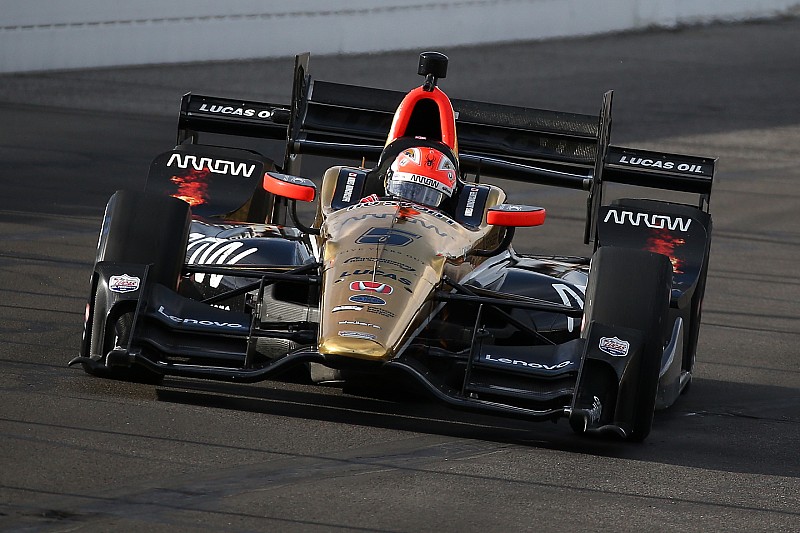 Sam Schmidt has stated his aim to see both James Hinchcliffe and Mikhail Aleshin in Victory Lane this year, and believes the team should be aiming for top five in the championship.

Both Hinchcliffe and Aleshin took pole positions for Schmidt Peterson Motorsport last year, the Canadian driver at the Indianapolis 500 and the Russian at Pocono. However, both came up the wrong side of close finishes, with Aleshin losing to Team Penske’s Will Power by 1.1459sec in the Pocono 500, and Hinchclfiffe falling a mere 0.008sec short of beating Graham Rahal’s Rahal Letterman Lanigan Racing car to the checkers at Texas Motor Speedway.

Schmidt says SPM deserves better in 2017, telling Motorsport.com: “We really feel like we’re a top-five championship team and should be winning two or three races a year. If we don’t win with both drivers this year, I’ll be disappointed.

“I think James and Mikhail complement each other really well. In the first half of last year, I’d say Mikhail was learning a lot from James and chasing him a bit. But in the last half of the season, he was pushing Hinch and on regular occasions was able to outqualify him.

“That’s what we hope will continue this year – they’ll push each other to some great things.”

Schmidt had always been aiming for retaining his major players for 2017 between seasons, and is relieved that the drawn-out saga surrounding Aleshin’s sponsorship that threatened to jeopardize that plan, has now been resolved.

“I’ve said it before, but continuity is so important in this series,” he commented. “You see the success of Penske and Ganassi over the years, and that is driven by continuity among the drivers, engineers, mechanics and engine suppliers.

“Well, right now, we’re the only team in the paddock that hasn’t had a major change in this off-season – same two drivers as last year, same engineers, same mechanics, same engine partner. So we’re pretty excited about that, and hopefully we can pick up where we left off.”

Schmidt also observed that Aleshin’s lack of drama outside the cockpit has been key to his improvements.

“Mikhail definitely improved in 2016 over 2014. He’s brave, not lacking in confidence in his abilities, but I think you’ll see this year he’ll make fewer mistakes, and so will we.

“One of the reasons he’s improving quickly is that he doesn’t have any distractions. When he comes to the United States, there’s no entourage, no family – it’s 100 percent focus on the job, between the races as well as on the race weekends.”