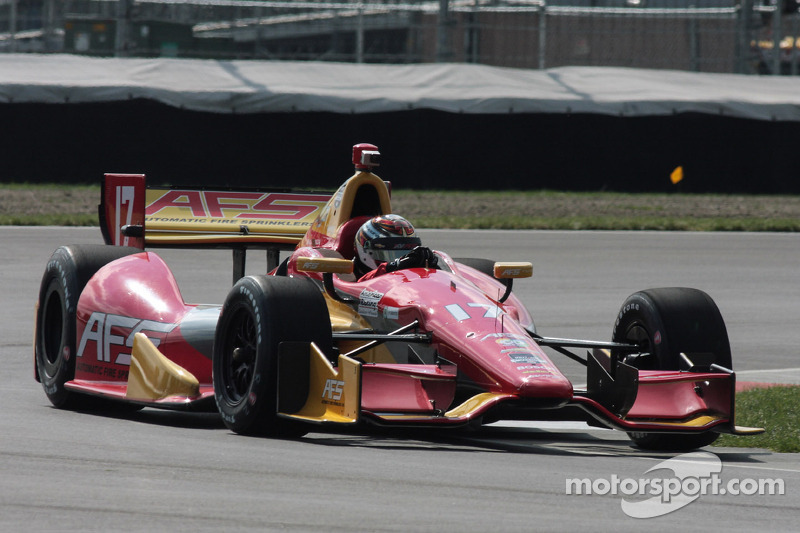 Saavedra feels confident that he can continue the solid performances he has had leading up to this new event.

May 7, 2014 - KV AFS Racing driver Sebastian Saavedra is excited about the inaugural Grand Prix of Indianapolis on the newly re-designed road course at the Indianapolis Motor Speedway, in Speedway, Indiana.

Having tested the No. 17 KV AFS Racing Chevrolet/Dallara/Firestone machine on the 2.439 mile, 14-turn track last week, Saavedra feels confident that he can continue the solid performances he has had leading up to this new event.

Commenting on the upcoming race, Saavedra said, "I am definitely quite excited about the Grand Prix of Indianapolis this weekend. We don't have a track like this on the schedule so it's definitely a plus for IndyCar and the fans. It's a very different track, so every driver has to adapt. The track itself is very smooth, it has more of a European style to it with the introduction of tight corners but still making sure there are lots of passing zones. It will be quite technical, every little mistake will be seen by our times and speed, but it's definitely going to be a fun race to watch."

The 23-year-old goes into the Grand Prix of Indianapolis having led two races (Long Beach and Barber), which is the first time in his IndyCar career. Saavedra also climbed an impressive 13 places in Long Beach, to secure his first top-10 finish of the season and now sits 13th in the championship standings with 55 points, just three away from 10th.

Chevrolet at Indy: May starts now