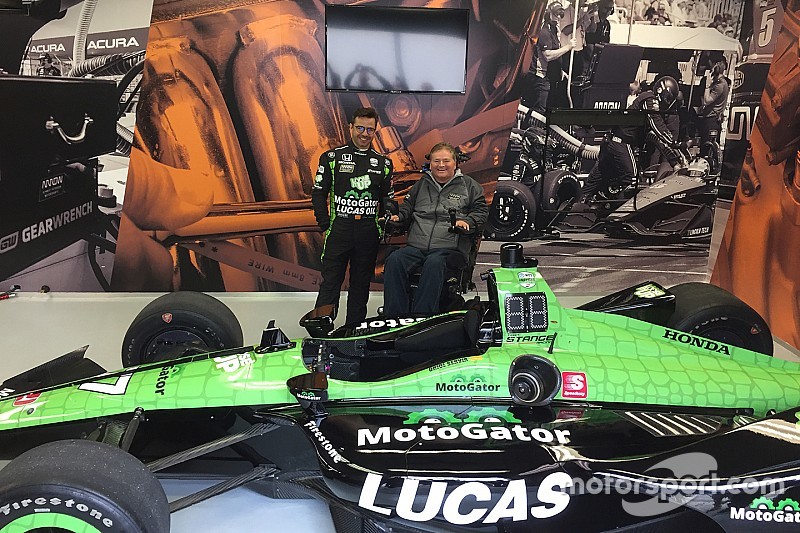 Highly respected IndyCar veteran Oriol Servia will attempt to start his 11th Indy 500 from the wheel of the #77 MotoGator Team Stange Racing with Arrow SPM-Honda.

Chicago-based Team Stange Racing, LLC (TSR), founded in 2012, announced its entry this afternoon in Gasoline Alley at Indianapolis Motor Speedway – and has plans to expand its involvement to add more races next year and become full-time after that.

“I am so pleased to announce this great partnership with Arrow SPM today as Team Stange Racing makes its entry into IndyCar racing,” said John Stange, Jr., co-owner. “We are so blessed to partner with a company like MotoGator who is committed to building a winning IndyCar program with TSR.

“Once we developed our plan, we knew that we wanted to launch at the world's greatest race with so much history and it being so special to me personally.

"The second thing to do was to partner with a quality team that we could align and grow with as we build our team to compete in the NTT IndyCar Series eventually full time in 2021/22.”

Arrow Schmidt Peterson Motorsports president Jon Flack stated: “We couldn’t be more excited about adding a pilot of Oriol’s caliber to our driver lineup for the Indy 500, and it is equally satisfying to partner with TSR and welcome MotoGator to the program.

"This is a really big step for Team Stange Racing and MotoGator, and Arrow SPM will give it everything it has to make them proud and leave a lasting impression on the motorsport community.”

Servia, the 1999 Indy Lights champion, started from the front row at Indy in 2011 driving for Newman/Haas Racing in the legendary team’s final season, and he finished fourth here the following year in a Panther/Dreyer & Reinbold entry.

Last year on an alternate fuel strategy, Servia led the 500 for 16 laps but had to make a very late splash ’n’ dash in his Scuderia Corsa with RLLR machine.

Of his latest deal, which sees him rejoin Sam Schmidt and Ric Peterson for whom he raced in 2016, Servia commented: “I work and prepare all year for this race, so it’s kind of ironic that we are actually announcing a program this late!

"I am proud to represent Lucas Oil again, and couldn’t be more excited to introduce the world to MotoGator and Team Stange, which you will hear a lot more of very soon.

“At last year’s 500, I did perhaps the best driving I’ve ever done and came really close. I’m here to finish that job, and I know for a fact that everyone on this program has worked really hard preparing for this event with the same aim.