Chip Ganassi Racing-Honda’s Scott Dixon put the pressure on his IndyCar title rivals by hitting the top of the times in the final five minutes of final practice for this weekend's decider at Sonoma Raceway, 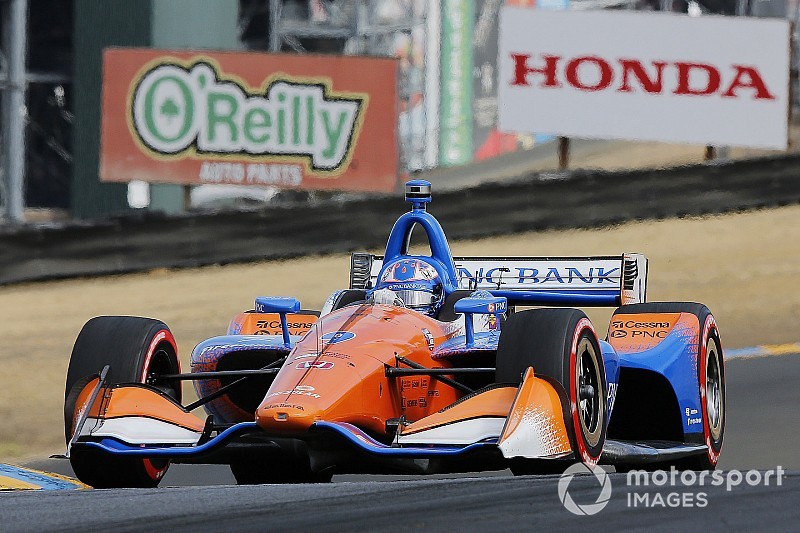 Ryan Hunter-Reay was third fastest for Andretti Autosport-Honda with title challenger Alexander Rossi in fourth, far happier with his car than on Friday albeit 0.1572 adrift of Dixon.

Josef Newgarden and a resurgent Simon Pagenaud ensured three Penskes in the top six with Zach Veach and Marco Andretti making it four AA cars in the Top 10.

In between them were Takuma Sato of Rahal Letterman Lanigan Racing-Honda and the highly impressive Santino Ferrucci, preparing for only his fourth race with Dale Coyne Racing-Honda.

Harding Racing’s IndyCar debutants, Pato O’Ward and Colton Herta, were 0.15sec apart in 21st and 22nd, ahead of the AJ Foyt Racing-Chevy pair, while Sebastien Bourdais was an unhappy last in the Dale Coyne with Vasser Sullivan Racing entry after clutch failure.