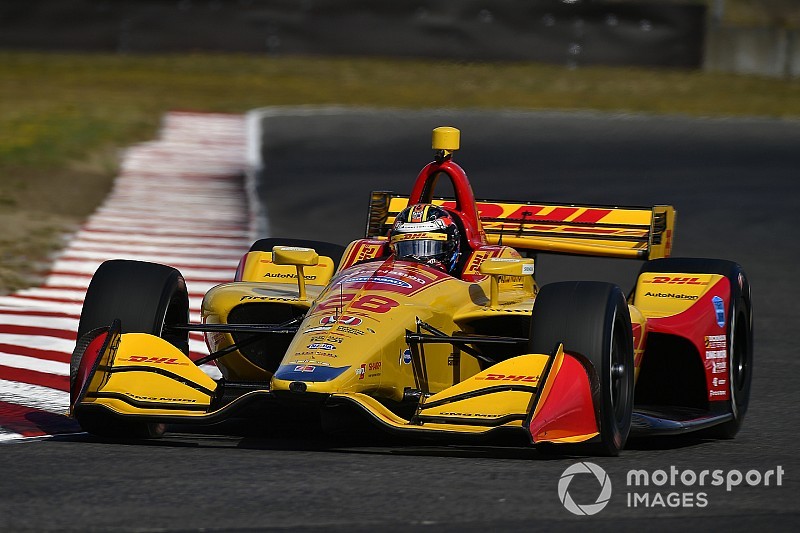 Andretti Autosport Honda’s Ryan Hunter-Reay topped the field by a quarter-second in FP1 as the Verizon IndyCar Series prepares for its season finale and its final race at Sonoma Raceway.

Dixon was 0.55sec ahead of five-time Sonoma polesitter Will Power who – along with Penske-Chevrolet teammate Josef Newgarden - retains a very outside chance of this year’s championship.

Simon Pagenaud fans had cause for cautious optimism after FP1, as their man, who has struggled with the 2018 aerokit on road courses all season, clocked fourth fastest time behind Power, a mere 0.0768sec slower.

Both were in a happier state than teammate Newgarden who took no part in the session due to a mechanical issue.

Marco Andretti was fifth for Andretti Autosport, ahead of the second Ganassi-Honda of Ed Jones while Graham Rahal slotted the Rahal Letterman Lanigan Racing-Honda into seventh.

Title contender Rossi was struggling, suffering a spin on the way to eighth fastest time, seven-tenths off his pacesetting teammate and only a fraction ahead of his rookie teammate Zach Veach.

Dale Coyne Racing had three in a row, Sebastien Bourdais leading rookies Pietro Fittipaldi and Santino Ferrucci, while Indy Lights aces Colton Herta and Pato O’Ward – on their official race weekend debut in an IndyCar – were 16th and 24th, 1.25 and 1.6sec off Hunter-Reay’s pace.