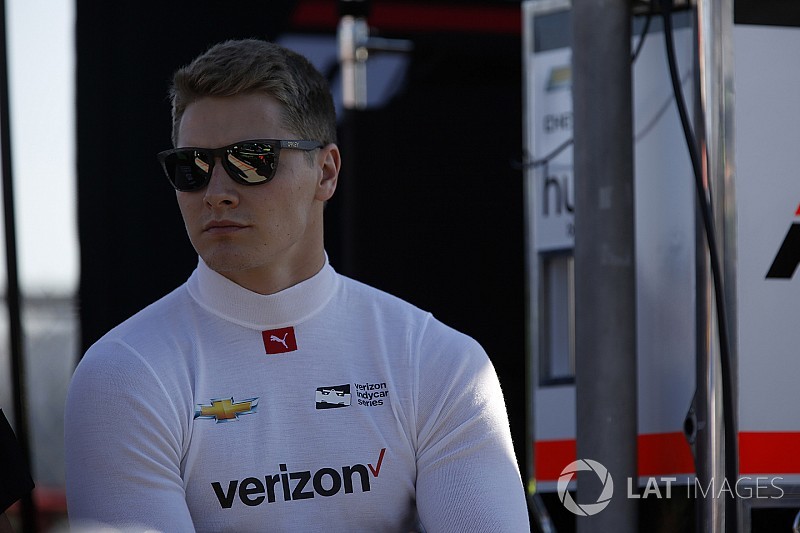 The championship leader lapped the 2.385-mile road course in 1min16.2485sec – under the official track record – to set an average speed of 112.605mph, once he switched to the red-sidewall tires. That put him a mere 0.0386 ahead of last year’s polesitter and defending IndyCar champion teammate Simon Pagenaud, as Helio Castroneves and Will Power were a further 0.1 and 0.2sec behind.

Fastest Honda accolade went to Ryan Hunter-Reay in the #28 Andretti Autosport entry, encouragingly just 0.23 off Newgarden’s pace, and one tenth ahead of the Chip Ganassi Racing-Honda of Scott Dixon. The four-time champion comes into this race just three points behind Newgarden.

Marco Andretti, Alexander Rossi and Takuma Sato made sure all four Andretti cars were in the Top 10, while Graham Rahal – who finished second here last year – was 10th.