St. Pete IndyCar: Dixon on top as King stars, then shunts in FP3 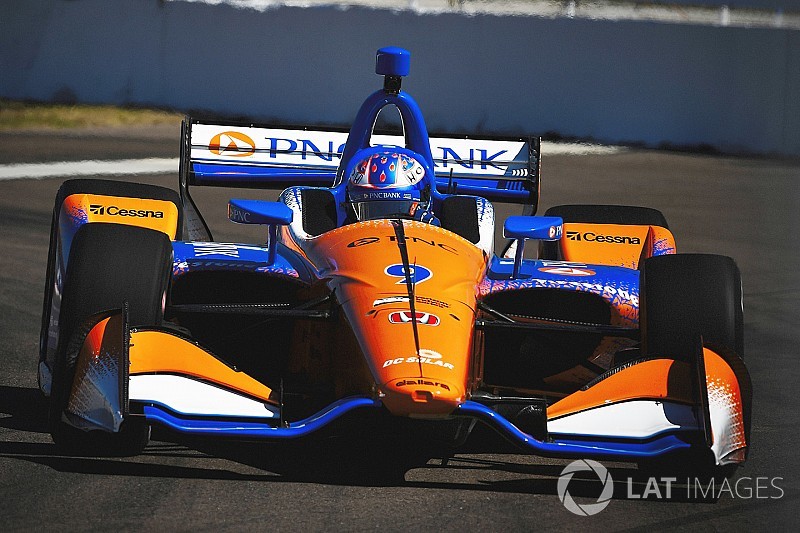 Scott Dixon and the Chip Ganassi Racing-Honda team sprung to prominence with fastest time during third practice for the Grand Prix of St. Petersburg, while rookie Jordan King was fourth before shunting at the last turn.

Dixon lapped the 1.8-mile course in 60.7571 sec leaving him 0.11 and 0.15sec clear of Penske-Chevrolet’s Josef Newgarden and Will Power, while King was just 0.275 behind but his #20 Ed Carpenter Racing-Chevy skated straight on at the final turn on his 20th lap and thumped the tire barriers.

That brought out the red flags as Power and Newgarden were trying to improve their times, while their teammate Simon Pagenaud was sixth, 0.31sec off the ultimate pace and behind another rookie, AJ Foyt Racing’s Matheus Leist.

Spencer Pigot was half a tenth off teammate King, but ahead of the quickest Andretti Autosport-Honda, that of Alexander Rossi. Takuma Sato put Rahal Letterman Lanigan Racing-Honda in ninth, with Tony Kanaan completing the Top 10 in the second Foyt car.

Graham Rahal had another session of struggles, onboard footage showing an alarming moment where he appeared to be destined to understeer, brakes locked, into a wall. However, he survived to finish the session in 19th.