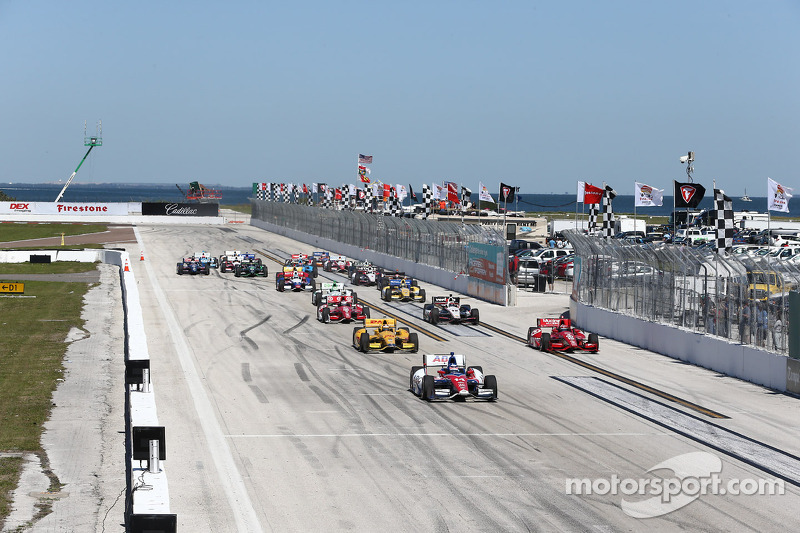 Thoughts from a seasoned IndyCar fan..take them or leave them.

Sometimes having ten worthless opinions is the only way to discuss an IndyCar race. The story of the Firestone Grand Prix of St. Petersburg is really the story of Will Power and Penske Racing. That’s it. He moved to the front, dominated, screwed up, and won. Luckily, I combed the race and the broadcasts for the nuggets that often slip by the mainstream media and racing cognoscenti. Don’t expect in-depth analysis or breaking news here. In other words, lower your expectations. All I have are ten worthless opinions.

1. I listened to qualifying and part of the race on the IMS Radio Network to see how the iconic voice of Paul Page has aged. Radio is unforgiving. An announcer can be wrong about what is going on if no one is watching the broadcast, but he must be smooth whether he is right or wrong. The timbre of Page’s voice is no longer what it once was, nor is his delivery as smooth as it was when he was the voice of the 500 on both radio and ABC. But it’s early. Page gets a pass simply because he’s Paul Page. And let’s face it. Other than the Indianapolis 500 and the Brickyard 400, only the most dedicated of fans listen to the radio.

2. In deference to Paul Page, I attempted to listen to both the radio broadcast and ABC telecast. When I added all those voices to the ones already in my head, it just got too crowded. But before I gave up the attempt, I was incredibly impressed by the insights and delivery of IndyCar driver Pippa Mann. Already a fan favorite for her humor, social media prowess, and unflagging determination to put together a ride for the Indy 500, she can now add broadcasting maven to her resume. Even though she has done both radio and television for Indy Lights, it was her first foray into broadcasting the Verizon IndyCar Series. She’s smart, observant, and smooth in the booth. Auto racing is still one of those sports that does not have a female voice in the booth calling races. This is the voice that needs to be there. 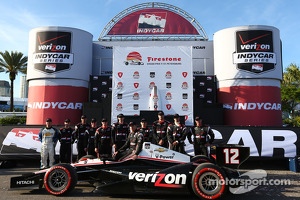 3. ABC’s putting Allen Bestwick in the booth with Eddie Cheever and Scott Goodyear was a great choice. He was prepared and professional. ABC just got better. Cheever and Goodyear are acceptable but bland. Even when Cheever gets irritated, like when he compared Will Power’s slow restart to something you see in go-carts, he comes off as churlish and haughty. At least I think that was Cheever. I can’t tell him and Goodyear apart sometimes. The booth needs some fireworks. Get on that, ABC.

4. Is Rick DeBruhl letting his inner Jack Arute come out to play? His prerace chemistry bit that culminated in the assessment that Ed Carpenter was “bonding” with Mike Conway was only missing an Arute style prop to be perfect. And let’s face it, the “bonding” thing just might have gone over the head of some viewers.

5. A.J. Foyt just kills me. He is the most honest voice in a traditionally guarded industry. ABC tried to highlight the Odd Couple relationship between him and Takuma Sato. A.J. summed it up by saying, “He’s not a smart-ass. If I like him, I like him.” There you go.

6. Verizon has already engaged! Almost every driver interviewed referenced the arrival of Verizon as the title sponsor of the series. They know what they have: a motivated, committed, engaged sponsor with boatloads of money and a desire to partner with the series. Their first commercial said, “A title sponsor has a certain responsibility to push the sport.” Yeah, not quite sure IZOD saw it that way. The Verizon ad referenced the cars, fans, and the technology. Consider the game changed.

7. TV often misses back of the pack moves on a street course. It’s the nature of the medium. Graham Rahal made a mad dash to pick up multiple spots at the start. From that beginning, he moved to mid-pack and stayed there. The more impressive feat was Josef Newgarden moving from the last spot on the grid to finish ninth. It wasn’t a series of youthful banzai moves but instead a series of passes that were of the stalk and pass variety. The boy is growing up. If TV didn’t show it, then how do I know about it? The IMS Radio Network. They make everything exciting. Take a cue, ABC. Enthusiasm is a good thing. 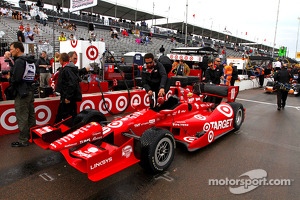 8. One storyline of the race was Tony Kanaan’s move to Chip Ganassi Racing. The sparks didn’t fly, though. He moved to the top ten and just stayed there. At the end of the race, he said his fuel-saver knob fell off at the beginning of the race. The knob FELL OFF! Some Gorilla Glue will take care of that, guys. And make sure to put some on all the trophies this year, too.

9. I guess Tim Cindric doesn’t have to eat his rivalry comment about Chip Ganassi Racing just yet. Will Power dominated the second half of the race as Chevrolet put three engines in the top five and Andretti Autosport’s Ryan Hunter-Reay finished second with Honda power. Jack Hawksworth for Bryan Herta Racing is pretty salty for a rookie, and you can expect Simon Pagenaud for Sam Schmidt Motorsports and Justin Wilson for Dale Coyne Racing to find victory circle this year. One of the strengths of the series is that so many teams can win any race.

10. Will Power’s game of here-I-go-no-I-don’t on a restart ruined the days of Jack Hawksworth and Marco Andretti and certainly seemed to be aimed at teammate Helio Castroneves’ proclivity to jump restarts. In other words, it was just another bit of auto racing gamesmanship. Power tried to rationalize that he did not apply the brakes but did lift only because he was confused by the green flag being displayed before the restart zone. Really, Will? You slowed down because you saw the green flag? You looked liked a shifty-eyed school boy caught cribbing for a test in the post-race interview. The highlight was Power’s teammate Castroneves jokingly calling Power a “wanker.” Don’t you love it when meaning gets lost in translation? Helio may want to have that translated into Portuguese before he uses it again. Or just call him a “tosser” next time.

There you go. “Ten worthless opinions” is the only place you’ll find Aussie slang, Gorilla Glue, Jack Arute, and the Verizon IndyCar Series all in one convenient location.