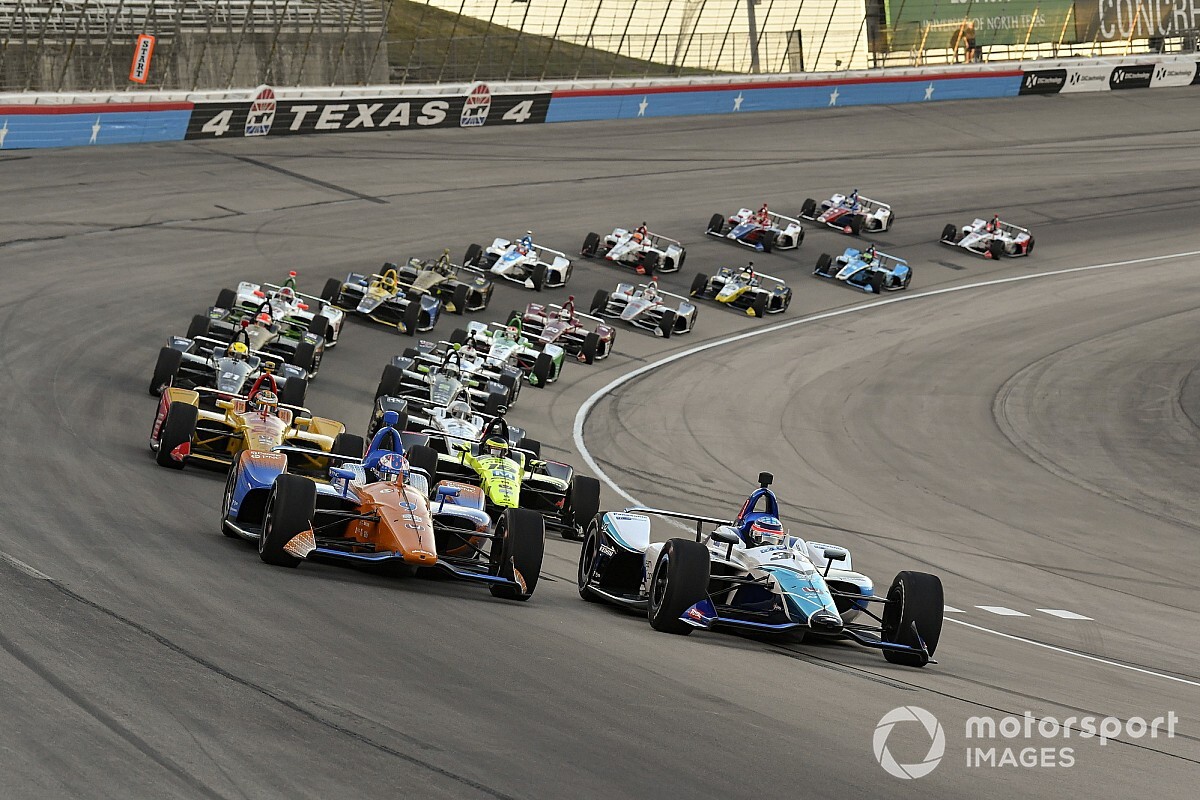 Texas Motor Speedway president Eddie Gossage says that the track will not host this year’s NTT IndyCar Series season-opener as a TV-only event, but says he has for a long time advocated the idea of an IndyCar/NASCAR Cup double-header.

With Belle Isle, Detroit Grand Prix double-header canned as of Monday this week, the GP of Indianapolis and Indy 500 being shifted to July and August respectively, the cancellation of the races at Barber, Long Beach and Circuit of the Americas, and St. Petersburg possibly postponed until October, Texas Motor Speedway currently sits as the NTT IndyCar Series new season-opener on June 6.

Gossage, who has run TMS for 25 years, said that while the rebranded Genesys 600’s date is as secure as it can be given the still-fluid nature of the response to the coronavirus pandemic, a successful race there would require fans to be in attendance.

He told Motorsport.com: “For now, we are anticipating the June IndyCar race as planned. We won’t change that position until the situation dictates, whether that be federal, state, county or city officials, or if the industry indicates we cannot hold the event.

“But we wouldn’t have any interest in holding an event without fans in attendance. The reason it is a consideration for NASCAR promoters is that the promoter receives 65 percent of the sizable TV rights fee. In IndyCar, the promoter does not receive any television rights fees. That is a basic issue that causes IndyCar, even in its best days, to not be nearly as desirable to a promoter and why you will always see a turnover in the events and schedule for IndyCar.”

TMS traditionally hosts two NASCAR Cup races each season, and the O’Reilly Auto Parts 500 was one of the many casualties of the March/April cancelations that blew up the motorsport calendar, and while the track’s second Cup race is still set for Oct. 25, the first has not been rescheduled.

Given that he needs spectators to make an IndyCar race worthwhile and there is still so much uncertainty as to whether U.S. state governors will allow their populations to gather in groups again by early June, a later date with the Genesys 600 and the O’Reilly Auto Parts 500 on the same bill would appear a desirable option – if both sanctioning bodies can work together. Gossage said the possibility would “depend on a variety of details.”

He went on: “I’ve talked for 20-plus years with all the revolving door administrations IndyCar has thrown at us about a NASCAR/IndyCar doubleheader. It was a huge feat when we got the two organizations to work together 24 years ago when we paired IndyCar and NASCAR Trucks in 1997. That was a first.

“It is one of the few occasions that would truly be a win-win. Both events would benefit, no question. The concept has supporters at both sanctioning bodies in the last couple of years but unless driven by TV – or, perhaps, a worldwide pandemic – I cannot get the parties all together to discuss it.

“If I could get Mark Miles [Penske Entertainment and IndyCar CEO], Steve Phelps [NASCAR president] and Sam Flood [NBC/NBCSN president and executive producer] all in the same room – or even on the same telephone call – it would happen. But all parties talk with me and seem in support but decline to be in the same room or call to discuss it.

“One day it will happen… I am determined! And, on a bigger level, why not NASCAR Trucks, Xfinity, IndyCar and Cup all on the same weekend? Why not?”