The key to Rahal's success? "We're the little giant" 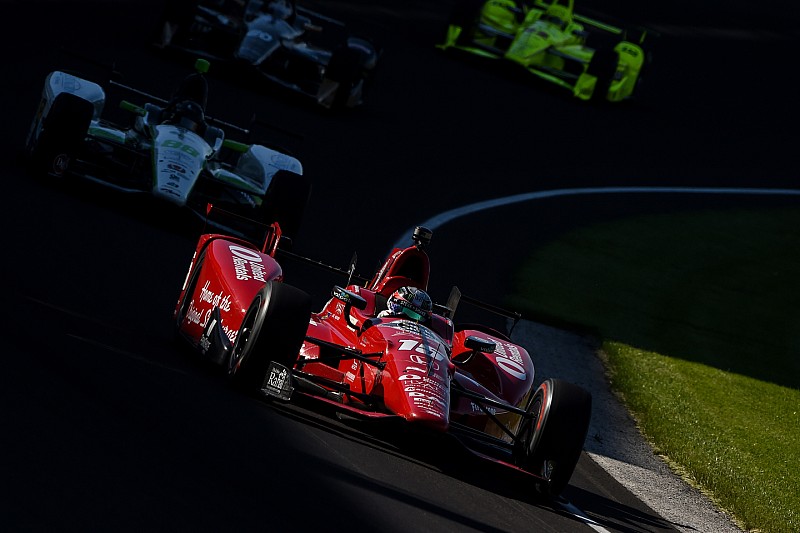 Rahal Letterman Lanigan Racing continues to impress as a single-car operation, just as they did last season.

In 2015, RLL Racing was the flagship Honda team and even had a legitimate shot at the championship. We all remember how they seemingly came out of nowhere with Graham finally reaching his true potential, winning twice and scoring more podium results than any other driver.

They haven't set the world on fire in 2016, but they're still just as strong. With a near-win at Barber and three top fives in the first five races, they are the highest Honda team in the championship standings (5th).

Outside of that, just take a look at who the single-car team continues to take on. Penske, Ganassi, and Andretti all have four full-time cars, but Rahal can match or even surpass each and every one of them on any given race weekend. We're watching the same story unfold, but just the second verse.

So what's their secret?

"I think what made us successful last year and continuing to make us successful, you know, we're the little giant, right? We're a single-car team but we have a focus in producing a great car for Graham that I think has allowed Graham to do what I always knew he could do, which is run at the front,"  explained Bobby Rahal.

"I think Graham's one of the best racers out there. And we've seen the results of that, and that's really -- as I say, we have great people in this team that work very closely together. And we're very protective of that. And we don't want things to come in and kind of muddy the water a little bit or -- and that can happen whether it's intentional or not just because the more cars, the more people, the more issues can come up. So we're very protective of what we've got.

"We love being the little guys beating the big guys. That's kind of fun. The little engine that could."

The decision to run Pigot

However, they are not fielding a single car for the Indy 500. Spencer Pigot is piloting a secondary entry for the third time this year. And according to the 1986 Indy 500 champion, Pigot's stellar performance in the ladder series was enough to compel RLL to enter a second car for select races.

In the five seasons the 22-year-old spent climbing up the Mazda Road to Indy divisions, he collected 24 victories (6 Indy Lights, 7 Pro Mazda, 11 USF2000) and two championships between Pro Mazda and Indy Lights.

"I had watched Spencer race and I felt he would be -- I liked the way he went about his craft. He just kind of let the results talk for him and he was -- when he had to deliver the goods last year in Indy Lights, he did, and ended up winning the championship as a result. I've known Spencer for many years and his father. I felt, OK, Spencer would fit well within our team. And I think that's been the case.

"We have guys taking care of his car that are part of our team, so it's not like we brought other people in, outsiders in. It's still people within the core of our company."

Graham echoed his fathers comments and expanded on that: "We've certainly been at a disadvantage when it comes to others with data logging and things like that. So to have (Pigot) has been a lot of fun. He obviously did a great job at the GP, and I think he's got a bright future. I think you're going to see his name a lot in this sport going forward."