Power boost for IndyCar at Iowa and Gateway 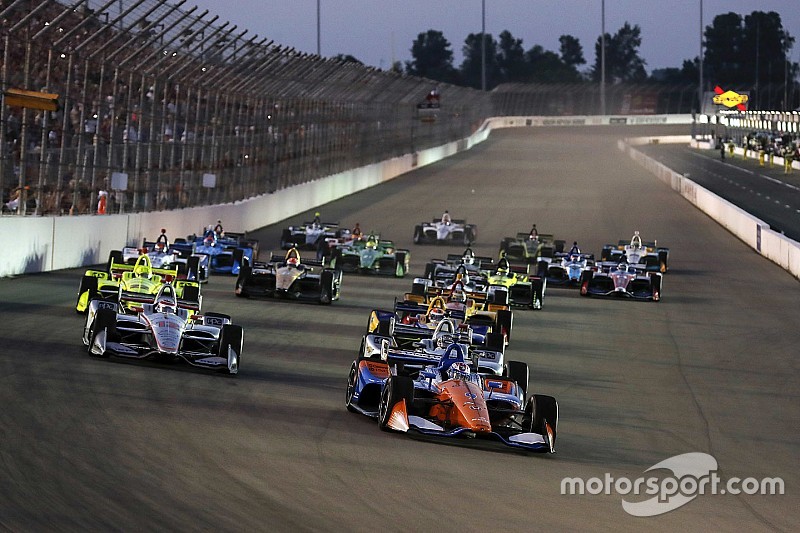 The NTT IndyCar Series is to increase the boost from its BorgWarner turbos for the two short ovals on the 2019 schedule, raising output to road/street course levels.

IndyCar has hitherto run 130kPa (1.3-bar) boost on superspeedways, 140kPa on the short ovals, and 150kPa on the road and street courses – and 165kPa for push-to-pass – from the spec turbochargers supplied by BorgWarner, who signed a new deal with IndyCar last December.

However, following discussions with Chevrolet/Ilmor and Honda/HPD, IndyCar has decided to raise the boost for its short ovals – 0.894-mile Iowa Speedway and 1.25-mile Gateway Motorsport Park – to 150kPa.

“It’s great from the competition point of view,” Allen Miller, Honda Performance Development’s race team leader told Motorsport.com. “IndyCar are trying to make the short ovals even more racy, with the drivers having to lift off the throttle a bit sooner, and then accelerate harder down the straights.

“That’s the whole point, to make the cars that bit more demanding.

“And then it made sense from the engine manufacturers’ point of view, too. With Phoenix gone, we were left with just two races on 140kPa, Iowa and Gateway. So for the amount of work we have to do with regards to fuel mapping and so on, it made sense to go up to 150, the same as the 12 road and street course races.

“So now the only time we’ll be running 140kPa is on Fast Friday and qualifying weekend for the Indy 500.”

What is there left to gain?

On the heels of Honda’s first IndyCar Manufacturers’ championship in the post-2011 turbocharged era, Miller admitted that IndyCar’s OEMs have little left to find from the 2.2-liter twin-turbo engines which will be replaced for 2021 by 2.4-liter units.

“We’ve been working hard, but there are hardware limitations to extracting more power at this end of the 2.2 unit’s life,” he said. “We’re gaining the last little bit, a horsepower at a time!

“But there are always things you can do, even though this isn’t a year where IndyCar have given us many areas to work in. The year before last we certainly had our reliability troubles and improving that was one of the things we pushed hardest for ahead of last season and it paid off. We had very few incidents in 2018.

“But we keep working on that, because there are one or two issues that crop up and you’re always trying to make sure you don’t slip back. Apart from that, you’re also always trying to improve driveability, fuel economy – anything that will help give us the edge.”

Miller confirmed that HPD would also continue to offer a range of engine maps to tailor its units to individual drivers.

“Yeah, I’ve heard that we offer more options than our rival,” he said, “and we will continue to do that. Every driver isn’t the same, not every team works the same way, so there are subtle variations.

“We have an operating window obviously, but we can let the drivers move around inside of that and tailor it more to their specific tastes.”

Miller said that both Honda and Chevrolet are pushing to start testing the 2.4-liter engines “by spring next year”, despite the original intention to delay tests until July/August 2020.

“We’re engineers so I think we want to start sooner so we have time to react should we need to make changes,” he said.

“The 2.4 is going to be somewhat of an evolution of what we currently have because the mounting points are the same, it’s the same length. There are a lot of things that carry over.

“And although the bore’s going to be larger, it will be fixed at certain dimensions to make it simpler for any third OEM coming in so they don’t have to do a multitude of bore and stroke combinations to see what works best.”

Asked if he thought IndyCar’s target of engines hitting 900hp (current output is approximately 720hp at 150kPa boost) by 2026 was achievable, Miller said it wouldn’t be an issue.

“Yes, 900hp is very realistic,” he replied. “Both sides [Honda and Chevrolet] looked and studied it hard and came up with that figure as feasible. Considering how hard and how long we’ve pushed this current specification. It’s way beyond what was originally intended.”