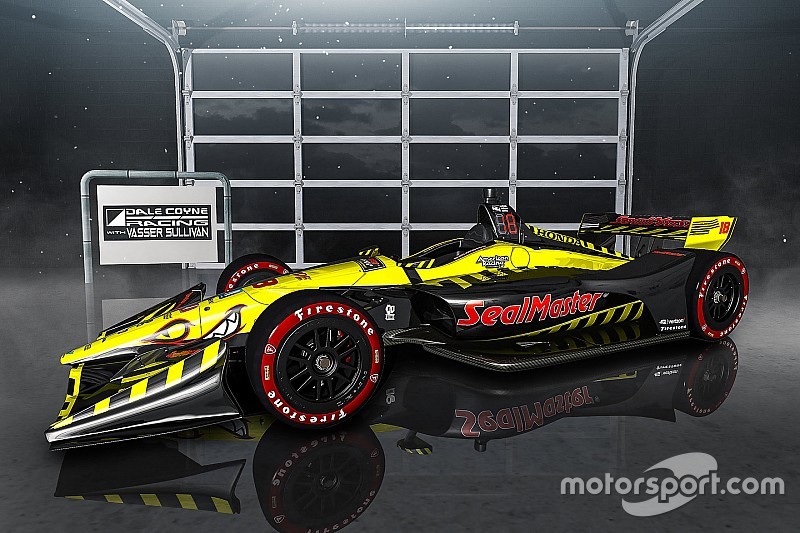 One-time CART champion Jimmy Vasser will return to IndyCar in a co-owner role, having partnered with Dale Coyne Racing for 2018.

The tie-in marks Vasser’s return to IndyCar a year after he closed down KV Racing after a link-up with Carlin failed to materialise.

DCR team owner Dale Coyne says he is thrilled to have the pair on board for 2018.

“When Jimmy, Sulli and I met to discuss creating this partnership, it was very enticing,” said Coyne.

“They’ve had a lot of success in their previous years in IndyCar, and I’m thrilled to have them as partners. It’s an opportunity I couldn’t turn down as we move forward with this programme.”

The new partners have brought SealMaster in as the #18 car’s new primary sponsor, with a new livery for Bourdais’ car in nine of 18 races this season – including the Indianapolis 500.

Vasser says the new opportunity is a chance to continue the progress he made with KV Racing, which won the 2013 Indy 500.

“First I want to acknowledge Kevin Kalkhoven [KV Racing co-owner], who gave both Sulli and myself the forum to be where we are today.

“After extensive talks, I am very pleased and proud to say that we will be continuing that legacy.

“I took a year off from competition for the first time in many years and realized how much I missed it.

“This is the next chapter in my racing career, so I want to say thank you to Sulli, Dale, SealMaster [new primary sponsor], our sponsors and Sebastien.

“With their support, we are focused on re-creating our prior success and again challenging for wins in 2018.”

Sullivan says the team is in for a successful year now the deal is complete.

“First, it’s great to be back,” said Sullivan. “We took a step back last year to evaluate and construct our next chapter, and both Jimmy and I, after many discussions with Dale, all came to the conclusion that this was the right time and opportunity to move this partnership forward.

“With Sebastien driving, the engineering staff and the crew that Dale has assembled, we are positioned for a banner year.”

Bourdais adds that the infrastructure is now in place for DCR to compete at the front of the field.

“I want to thank Dale Coyne, Jimmy Vasser and Sulli for the opportunity to move forward with this programme that’s been in the works for over a year,” said Bourdais.

“Over the last few years, we’ve all captured poles and won races together.

“This is a team that started small, but what we needed, and now have collectively, is a consistent programme from top-to-bottom that can compete at the highest level and contend for a championship.”

DCR is expected to announce its line-up for the second car this week, with Formula V8 3.5 champion Pietro Fittipaldi and Indy Lights driver Zachary Claman DeMelo favourites to share it.