Veach stars on tough night for Andretti Autosport in Texas 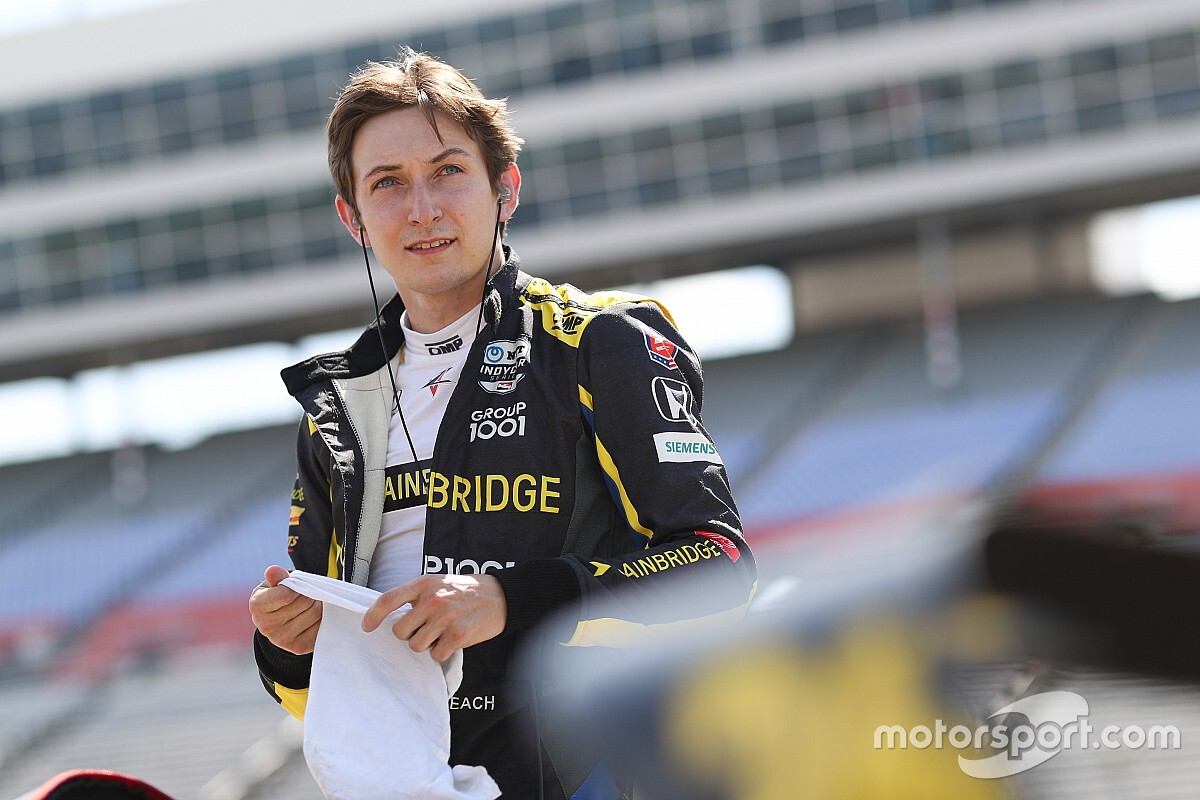 Zach Veach matched his best ever IndyCar result in last night’s Genesys 300 with a fourth place at Texas Motor Speedway, but Michael Andretti’s team suffered a disappointing evening overall, with two cars hobbled from the start.

Veach, who is in his third season with the squad, had started out the weekend with a modest target – vowing not to hit the Turn 2 wall as he has on his past two visits to TMS. In fact, the Ohioan excelled, qualifying fifth – beaten only by one teammate – and then finishing the race in fourth, having pressured the struggling Penske-Chevrolets for much of the event.

“Really, really good night in the Gainbridge Honda,” he commented. “I wanted to start 2020 off good because 2019 was so rough – and we came out here to Texas and got a top four and started fifth. I’m just very happy.

“This kind of momentum will be great to go into the Indy GP with and hopefully have the season we’ve been needing to have. The guys did an awesome job, my engineer Mark Bryant – the car was amazing and all my pit crew. They were awesome and that played a big part in a race with not many passes.”

By way of contrast, both Marco Andretti, who started the Andretti Herta entry from 11th and finished 14th, and James Hinchcliffe driving the first of three races in a sixth Genesys-sponsored AA car, struggled in pitstops. Hinchcliffe, who qualified 15th, fell two laps down due to wheelgun failures.

But the worst fortunes struck the fastest AA qualifier (P4) Hunter-Reay and Alexander Rossi who should have started eighth. Unable to get their engines fired following the pre-race command, they were consigned to start from the back row of the 24-car field – and then also had to serve drive-through penalties for that unapproved service.

“Incredibly unfortunate events got us at the start of the race,” said Hunter-Reay who fought back to grab eighth at the checkered flag. “The team did a great job and turned the car around for qualifying [following his shunt in practice]. I got in it and drove the wheels off it, up to P4 in qualifying. It ended up being a track position race which would’ve really benefited us.

“Unfortunately, we had an issue with the electronics starting up and had to make a change. Because of the impound rule for the event, we got penalized twice.

“I’m not really sure why the cartoon anvil keeps dropping on the #28 but it’s definitely getting old. Great job by the whole #28 DHL Honda team. We had a good car to represent our partners and our teammates great today, but we were robbed.”

Rossi who, like Hunter-Reay, was a victory contender in Texas last year, could only emerge with 15th last night, as the ECU problem which crippled his car at the start was just one half of his problems.

“During the drive through, there was an issue with the pit lane speed limiter, which followed up one drive through penalty with another!” he said. “From that point our night was pretty much over, but we tried our best to salvage what we could.

“The fact we ended up 15th was better than nothing and I think the one takeaway is that the NAPA / AutoNation team did really well in pitlane. That was one of our big focuses in the off-season."