The Dutchman, who was only 19 when the season started, clinched the NTT IndyCar Series Rookie of the Year title, the highlight being pole position and third place in the first round of the Harvest Grand Prix. VeeKay – born Rinus van Kalmthout – also claimed three more top-six finishes that saw him defeat Alex Palou and Oliver Askew and finish 14th in the championship.

During the weekend of the finale, October’s Firestone GP of St. Petersburg, it was confirmed that he would return to the Ed Carpenter Racing-Chevrolet team for 2021. Explaining his choice, he told Motorsport.com: “The team and I are both quite satisfied with the past year. There is more potential to unlock as well. We can go for great results next year and there is still a lot to learn at Ed Carpenter Racing.

“And I definitely don't want to move to a top team too soon. I want to be ready for it. Ed Carpenter Racing has the patience I need and gives me enough time to learn. At the same time, they want to win. I do think we can win a race together and we will definitely go for that next year.

“There has certainly been some interest from top teams, but there was nothing in it for next year. And above all, it feels good to stay at Ed Carpenter for another year. Who knows which seats will be available after that as some drivers are approaching the end of their careers maybe? But my focus is completely on performing well in 2021.” 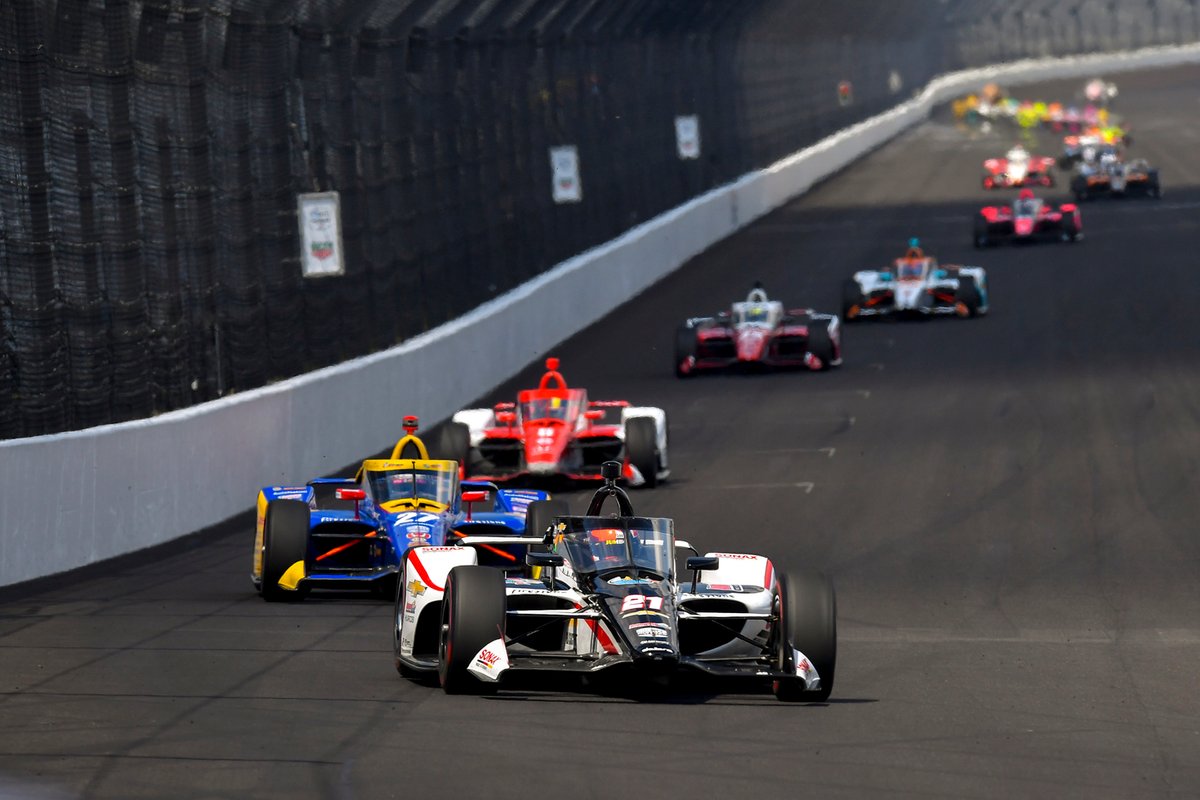 VeeKay shone at Indy until that fateful pitstop.

VeeKay comprehensively outpaced the other Chevrolet runners during qualifying for this year’s Indianapolis 500, and lined up fourth on the grid, and ECR regularly produces exceptionally quick cars for the Speedway, with team owner Carpenter having already amassed three poles there. Only a pitlane error ruined what could have been a strong overall result and the chance to vie with Patricio O’Ward for Indy 500 Rookie of the Year honors.

“The Indy 500 was definitely the turning point of my first IndyCar season,” said VeeKay. “Apart from my mistake in pit lane everything went very well. In the two weeks before the Indy 500 I was able to train a lot and learn about our car. That gave me so much more confidence. Since then I've been able to fight for a top 10 finish in every single race.

“It was weird to experience my first Indy 500 without fans. But I think it was a good thing for a rookie… I felt pretty relaxed as there was no distraction from the fans. The atmosphere with fans is much better, of course, but as a rookie those fans can give a lot of pressure as well.

“But I was able to overtake pretty well with this car. I was in front of Dixon and in front of Sato, who won the race in the end. So I could have won it as a rookie. Maybe the lack of experience cost me, but it was a very good race apart from that mistake. I can't wait to try again next year.”

Judging the season as a whole 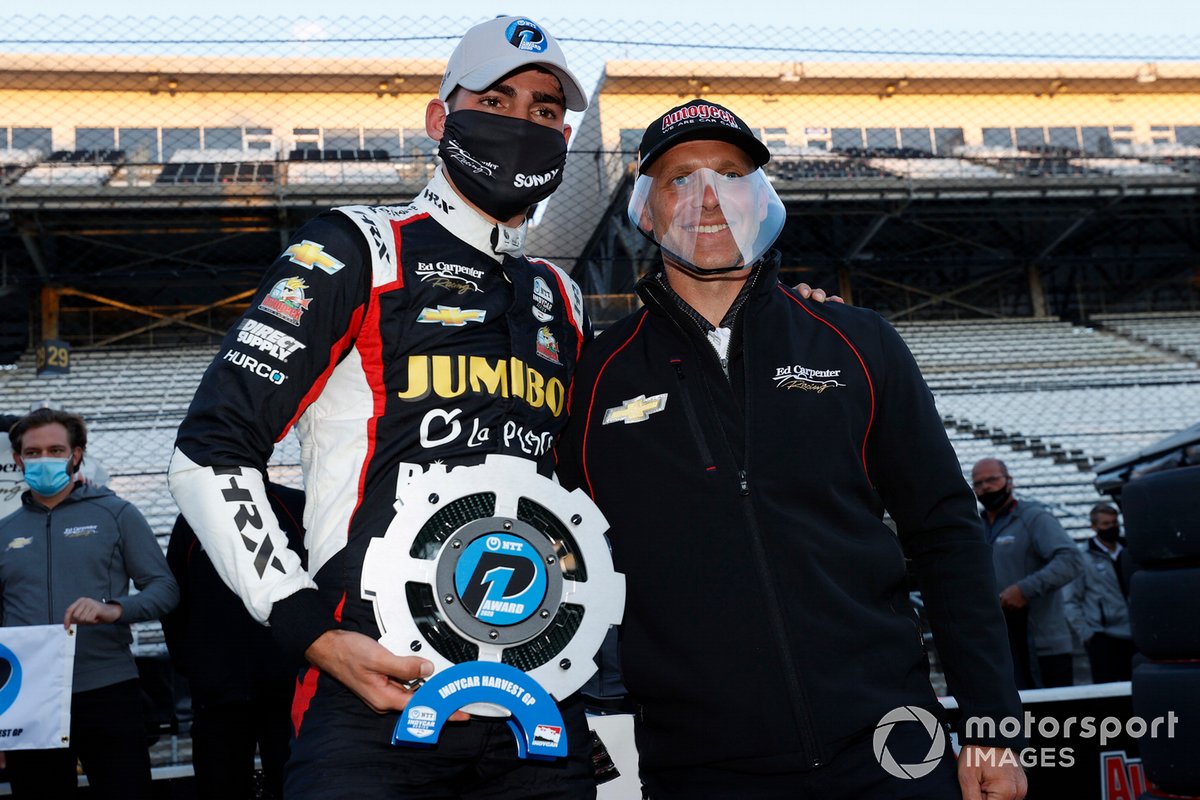 Team owner Ed Carpenter saw his team score its first ever pole at a non-oval, thanks to VeeKay.

VeeKay reached IndyCar via the Road To Indy program, finishing second in the USF2000 championship with Pabst Racing, first in Pro Mazda (now known as Indy Pro 2000) with Juncos Racing, and second in Indy Lights (Juncos). But he says his first season at the top level provided the most knowledge.

“I've gained so much experience – I've never learned so much in one season,” he commented. “Of course it didn't start well [crashes in qualifying and the race at Texas Motor Speedway], but after that I was able to learn and improve every weekend. I almost feel like an IndyCar veteran right now.

“And I get better every single lap. In Texas for example, I was caught by some marbles which you don't have in Indy Lights, but I didn't make the same mistake afterwards. I learned a lot from that failed pit stop during the Indy 500 as well.

“[Texas] was very difficult for me mentally, especially as it was a one-day weekend. So I crashed on lap seven and missed qualifying as a result of that. Then it went wrong in the race again. I didn’t know what I was doing in Texas, to be honest.

“The preparation for that race was not ideal either because of the pandemic. I had to travel to the United States via Mexico. That caused a lot of stress. I was completely focused on that, but I had a race to do as well.

“Luckily I had a month off after Texas and was able to become myself again, also mentally, as I wasn't myself after that crash for a while. It was far from ideal, but 2020 has been a good season in the end.”

Topping the times in qualifying for Race 1 of the Harvest GP, he said, remains “definitely my highlight of the year.”

He went on: “During free practice our car felt really weird, but for the first time this year I gave some feedback the team used to change our car. After that the car felt perfect.

“So I got my first pole and my first podium as well. That was nice – but I want to win if I start from pole position. I really want that first victory next year.” 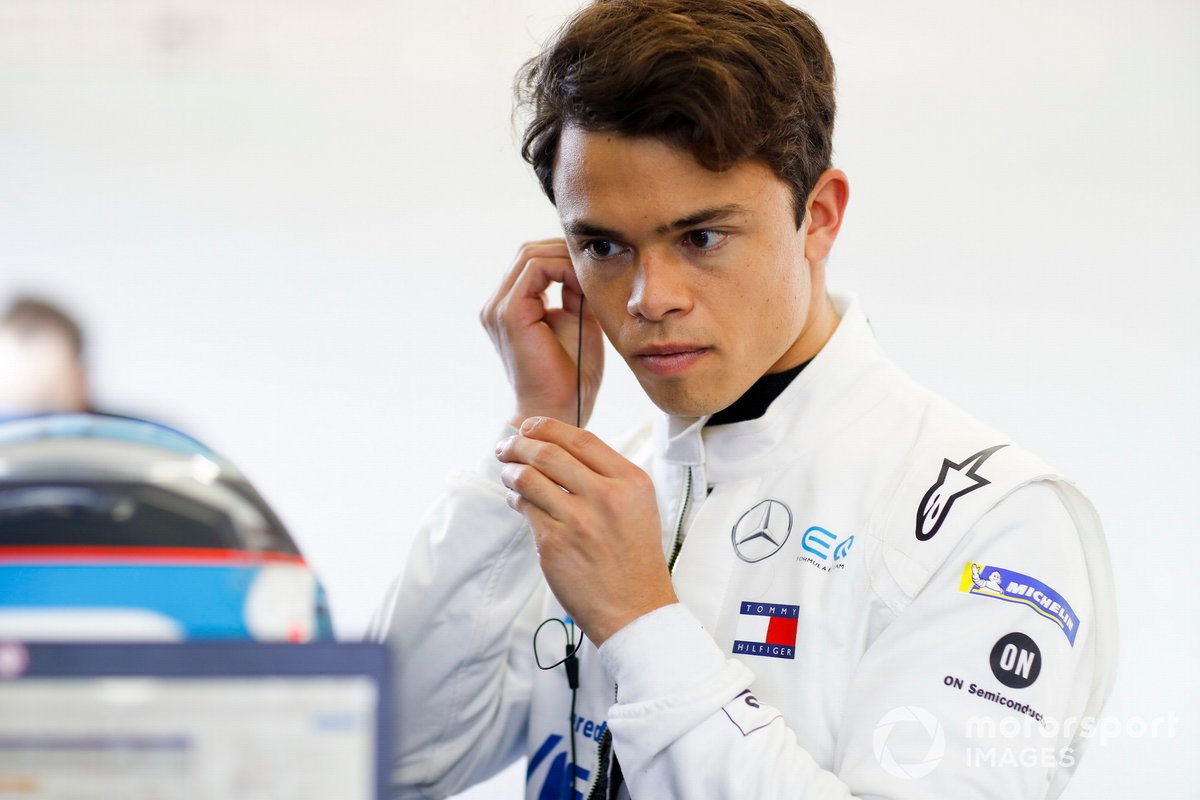 The current plight of fellow Dutchman Nyck de Vries – the 2019 Formula 2 champion – is one example of why VeeKay isn't keen on entering the European open-wheel scene.

VeeKay said his feelings on Formula 1 are dominated by thoughts of needing a good car to show his talent, and therefore he has little interest in switching across to become a field-filler.

“I think the level is basically the same in IndyCar and Formula 1. Maybe it is even more difficult to win in IndyCar, as you need a bit of luck and everything has to be right. In Formula 1, Lewis Hamilton is 30 seconds ahead of anyone else – highly impressive, of course, but with a very good car.

“F1 is the pinnacle of motorsport, but if I do something in my life I want to win. As a racing driver you can win in the IndyCar Series if you are good enough. And I think I am good enough to win races.

“I made the choice to go to the United States and the Road to Indy a few years ago. It offers me better chances. In Formula 1 there are always people who just buy a seat. It's a shame not to see Nyck de Vries in F1, for example, as there is no seat for him [because of pay drivers].

“In America there is a scholarship to help talented drivers on the Road to Indy. And the racing is pretty brutal as well: I love that! A lot of close racing and we don't need DRS or anything like that to pass other cars.”

Asked if he was ruling out a possible future move to F1, he replied: “I think it is possible, but only if a driver and a team fully believe in it. Quite often you see that a team is not completely sure.

“Josef Newgarden talked to Haas, for example, but they thought he was a bit too old I guess. I'm still young, but for now my focus is completely on IndyCar.”

This text has been updated from the original.

Why Rinus VeeKay can bring glory to Ed Carpenter Racing