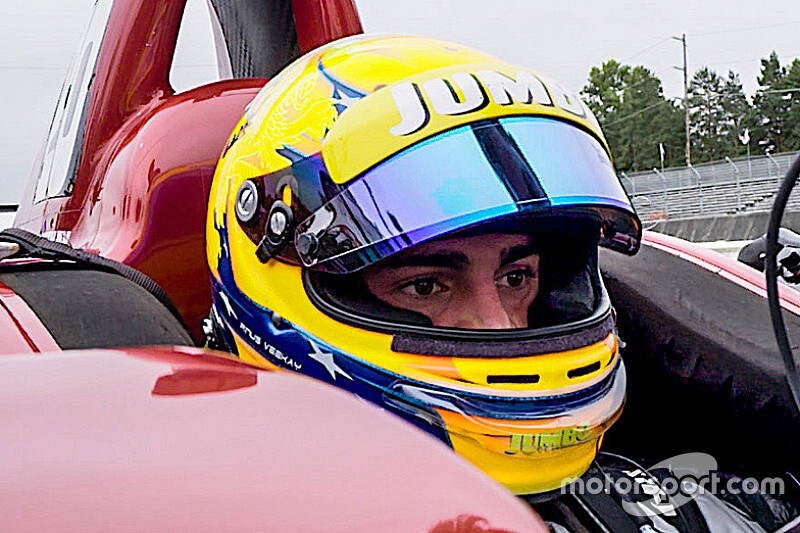 VeeKay, who finished second in Indy Lights last year, recorded a 2min41.816sec lap to eclipse Alexander Rossi’s Andretti Autosport-Honda by 6.1sec, with the Team Penske-Chevrolets of Scott McLaughlin and Will Power lapping a further six seconds in arrears.

Conor Daly turned a couple of laps in the second ECR-Chevy, while Alex Palou got the well painted #55 Dale Coyne Racing-Honda on track.

Zach Veach had a spin on his out lap but his car was unharmed and he returned to pits without setting a time. Others who ran installation laps and then pitted included Palou’s teammate Santino Ferrucci, Jack Harvey in the Meyer Shank Racing-Honda and Patricio O’Ward in the #5 Arrow McLaren SP.

The session was swiftly halted as track temperatures stubbornly stayed below 48degF, same as the ambient temperatures, and Firestone says its tires can’t get in an adequate operating window unless those two figures combined come to more than 100.

With fine weather forecast for the majority of tomorrow, the teams have eight sets of slicks (and four sets of wet tires) available for the eight-and-a-half hours of track time tomorrow, which begins at 9am  local (Central) time.

Expectations are that with peak temperature (63degF) coming at around 4pm, it will get extremely busy for the last two hours of the session, with 25 cars on track with plenty of fresh rubber.