Video: Who was to blame in Wickens v Rossi IndyCar clash? 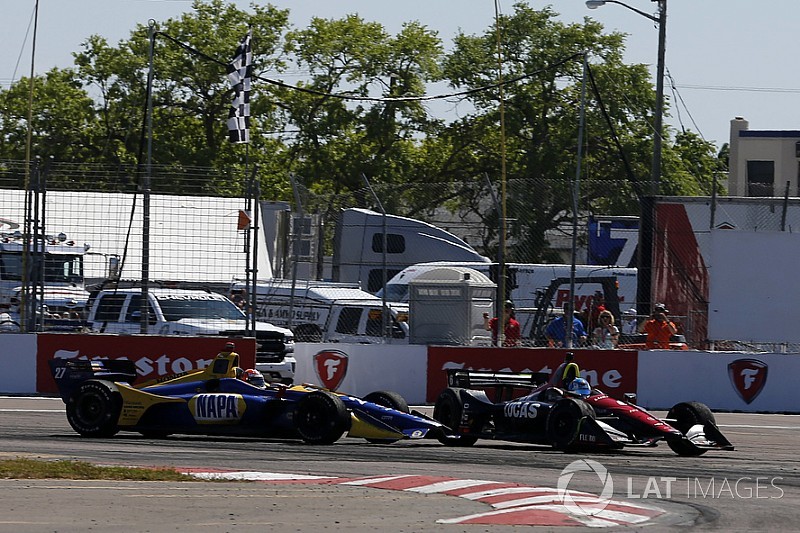 Schmidt Peterson Motorsports's Robert Wickens came close to a debut IndyCar win in the 2018 season-opener at St Petersburg before a collision with Alexander Rossi in the final laps.

Wickens had been caught out by the pace car leaving its lights on at the final restart before heading into the pits, allowing Rossi to close in after spending all of the final stint relentlessly reeling Wickens in. The former Mercedes DTM driver had led 69 laps, but it counted for nothing once Rossi dived down the inside of Turn 1 and collected Wickens with just three laps to go.

Motorsport.com has analysed the collision...

Rossi continued on to finish third, with his rival classified down in 18th, and IndyCar chose to take no action on the accident. Sebastien Bourdais went on to take his first victory since his Indianapolis 500 qualifying crash last year.

Wickens felt that Rossi was to blame for the crash, with Rossi playing down the incident.