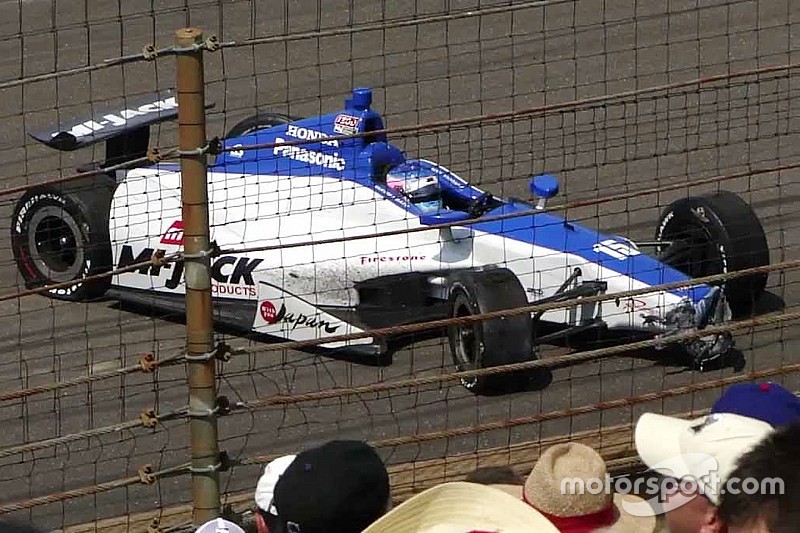 Takuma Sato gives his side of the story about the classic final lap of the 96th Indy 500 when he tried to snatch victory from Dario Franchitti.

Last month, after his first couple of races for Andretti Autosport, Takuma Sato admitted that his move from AJ Foyt Racing had been partially motivated by his desire for a competitive car in the Indy 500.

“Andretti cars have been so impressive at Indy over the past three years,” he told Motorsport.com, “and I think we will be as competitive as last year. I’m fully expecting to be a top contender. I’m not worried about it at all.”

As things have transpired, he was right not to be concerned. Teammate and defending winner Alexander Rossi is third, Sato himself is fourth after a spectacular qualifying run in which he appeared to bounce off the walls twice, he has superstar temporary teammate Fernando Alonso alongside him, and Marco Andretti and Ryan Hunter-Reay are eighth and tenth.

Inevitably though, the conversation turned to that day when, according to some, he threw away his chance of winning the 500 for Rahal Letterman Lanigan Racing, with a brave dive inside Dario Franchitti’s Chip Ganassi Racing-Honda at Turn 1 on the final lap. 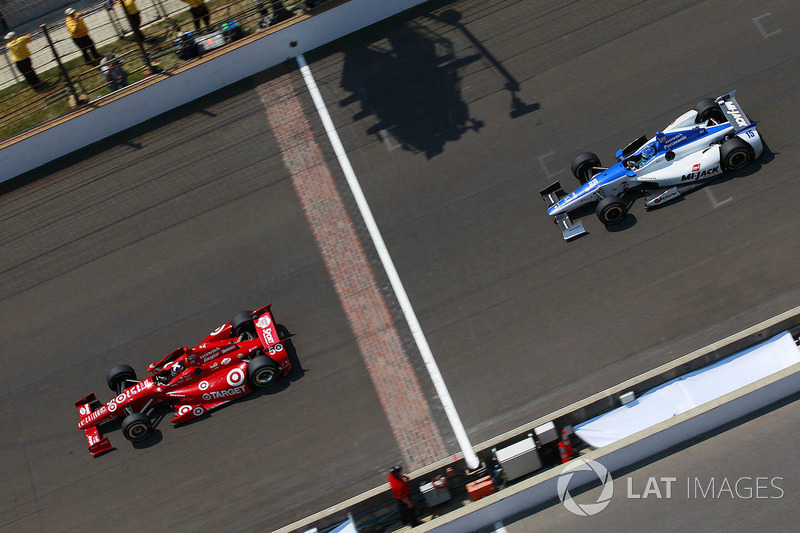 The previous lap, both Franchitti and Sato had drafted past Dixon. This time, Sato tried to replicate the move on the already two-time winner who took a defensive line but left a one-car width gap along the inside. Sato took the bait, lost the rear end and spun into the wall, j-u-s-t avoiding the Scotsman’s Ganassi car. The win was Dario’s.

Inevitably the incident was polarizing. Had Franchitti squeezed too hard? Had Sato’s maneuver been too bold or too late? Should he, as ABC’s Scott Goodyear lamented to the watching world, have waited until Turn 3?

Five years on, Sato explains his perspective on another wonderfully spectacular finish to the annual Greatest Spectacle in Racing…

“Yeah, in the same position again, I’d do it differently, of course – otherwise the same result happens!” Sato giggles. “That’s the great thing about experience…

“But seriously, I know what you’re asking. A lot of people said I should have waited until Turn 3 but the facts were different. 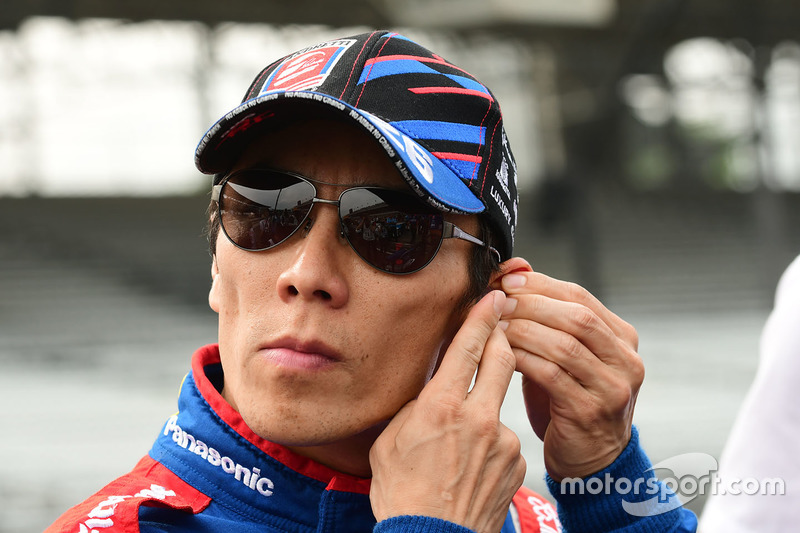 “The wind direction that day meant that it was impossible for our car to overtake a Ganassi car into Turn 3. Coming out of Turn 4, there was a headwind, so you put the nose slightly inside of Dario or Scott and I could close up the gap quite well into Turn 1. With the car in front, the leader, going into a headwind without a draft, that makes the tow effect, the difference in speed, for the guy in second quite big.

“So if I waited until Turn 2 to get in position to pass into Turn 3, I don’t have that speed advantage because Dario has the benefit of the tailwind, so the difference in speed is not so big. Also, the tailwind pushes my car and makes it understeer, so I can’t get close enough to Dario for the back straight down to Turn 3.

“I did take a few cars into Turn 3 that day, but the Ganassi car was faster than us in the straightline; we had carried more downforce on the Rahal car. So when I had tried to pass Scott or Dario into Turn 3, I couldn’t do it. So I decide, OK, it has to be Turn 1 and then try to hold them off for the rest of the lap. It was my last chance.” 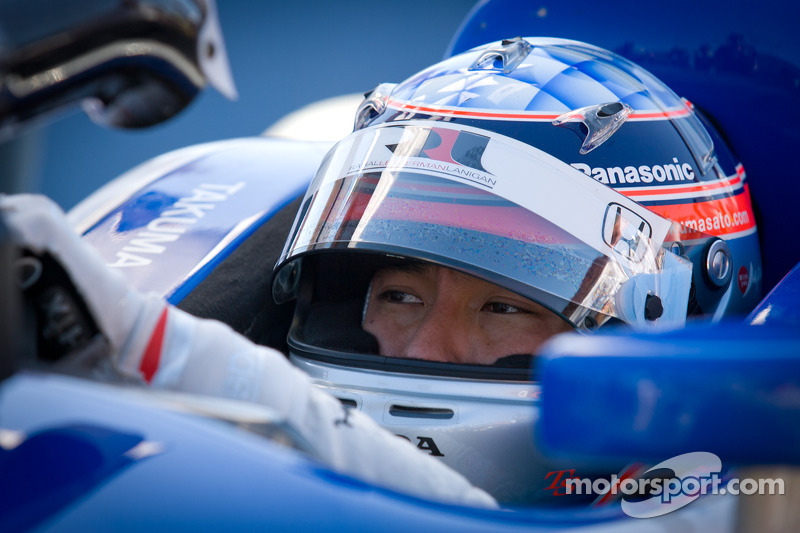 An entirely rational explanation from Sato on why he made the passing attempt there. However, he admits that his technique in the passing attempt was slightly wrong and that it made the difference between etching his name in the record books as a heroic and gallant loser and having his face etched onto the Borg Warner Trophy for having won the 96th Indianapolis 500.

“I still believe that if I did it a slightly different way, I’d still come out of Turn 1 with the car pointing in the direction, two cars side-by-side, and be slightly in the lead into Turn 2.

“We both braked into Turn 1, but I was on an extremely tight line, and instead of swinging back onto the normal racing line, Dario descended and took the middle of the road. At 220mph, at that angle, you just physically cannot make the turn, so we both braked, both downshifted. Well, I don’t know if Dario downshifted but I imagine he did.

“Then I went back on the throttle, just 35 percent throttle to make the car most stable condition, not put too much power through the right-rear wheel, but I was still turning an extremely tight line. The problem was that I respected Dario – of course – and my number one priority was, ‘just don’t hit him!’ So when he came down to squeeze me, I probably overreacted and went too far down and so my left wheels were on the white line. 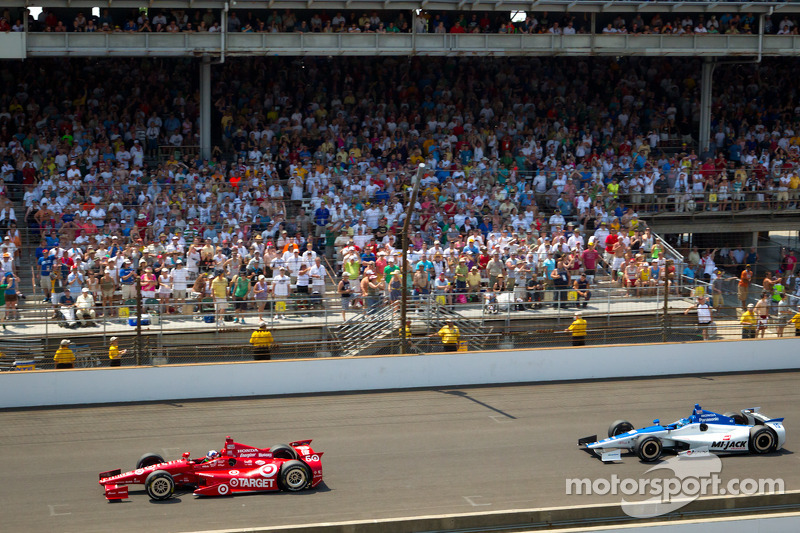 “Nowadays, we all cut that white line quite often, and so there’s more grip down there, there’s more rubber down. But you have to cross the line aggressively, you can’t just slowly come down to it. If you cut it in, and cut it out, it’s fine, but you can’t just ride along the line. That’s what I did; I was riding along the white line for too long a time, and of course I lost all the grip from my inside wheels. All from just trying to avoid him. If I had been just three to five inches above the line, then I would have been fine.

Having qualified fourth and driving for Andretti Autosport, Sato has his best chance yet of redeeming himself this weekend. And those battling Sato through Turn 1 can take that as a double warning; he’s not going to back down and he now knows exactly how to execute.

Captain's Corner: Castroneves on the magic of Indianapolis