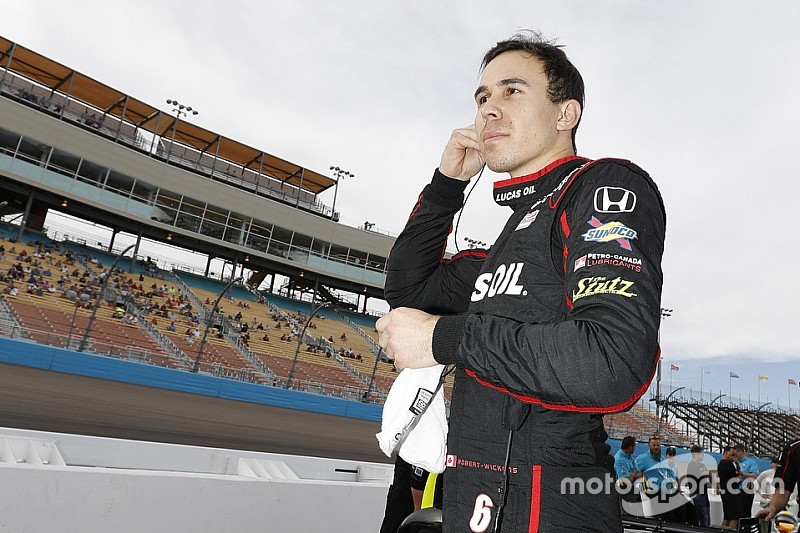 Injured IndyCar driver Robert Wickens has taken to social media to provide a visual progress report, with a short video showing him walking with the aid of an overhead hoist and physiotherapists.

The Canadian, who suffered a spinal cord injury in a 200mph-plus shunt at Pocono Raceway in August, posted a video to Instagram and Twitter.

In it, he turns to the camera and says: “I’m drinking coffee because the caffeine raises your blood pressure, and when I stand up my blood pressure will drop and I might faint.”

He is then able to walk with the aid of physiotherapists who help him co-ordinate his forward foot movements.

Wickens’ previous two tweets had been messages regarding Formula 3 racer Sophia Floersch who suffered a high speed accident at Macau last weekend, in which she too damaged her spinal column.

His initial reaction was: “My sincere thoughts go out to @SophiaFloersch and her family after her horrible crash in Macau. Stay strong Sophia. Fight the fight.”

Following her first post-crash tweet, Wickens added: “After waking up to hear ‪@SophiaFloersch was in a horrific crash in Macau. This is incredible news. You’re a strong one Sophia! I saw it first hand at our fitness camps! Hope you have a success surgery and a healthy recovery.”