Andersen Promotions has announced the 2019 Road To Indy Presented by Cooper Tires schedule, with the Indy Lights, Pro Mazda and USF2000 seasons all ending the same weekend and venue as IndyCar's finale. 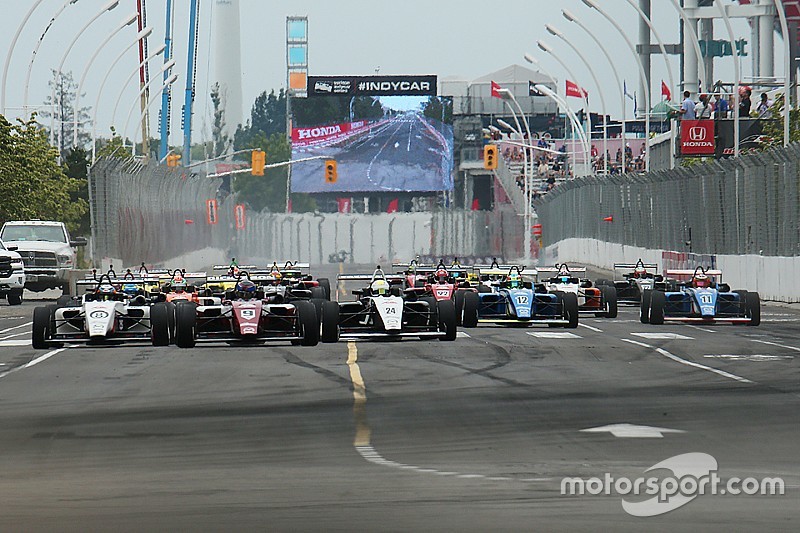 Indy Lights now has an increased champion’s purse of $1.1m to allow a guaranteed three-race IndyCar program in 2020 including the Indianapolis 500, a reduction in entrant budgets, and an expansion of the IndyCar testing program for potential graduates.

The 2019 Indy Lights calendar will feature an 18-race, 10-event schedule comprising six road course, two street circuits and two ovals including the Freedom 100 at IMS two days before the 103rd Running of the Indianapolis 500.

Details on the full prize packages for each series – including the champion’s scholarships to advance from USF2000 to Pro Mazda and from Pro Mazda to Indy Lights – are currently being finalized.

Following last weekend’s traditional two-day test on the Indianapolis Motor Speedway’s road course, a second open test has been scheduled at Homestead-Miami Speedway’s 2.21-mile road course in Homestead, FL, on December 3/4. The third Mazda Road to Indy $200K Scholarship Shootout featuring 20 champions of junior open-wheel and karting series from around the world will also take place in December, with venue details and judging panel to be announced this week.

Spring Training will see all three categories return to Homestead on March 2-4, 2019.