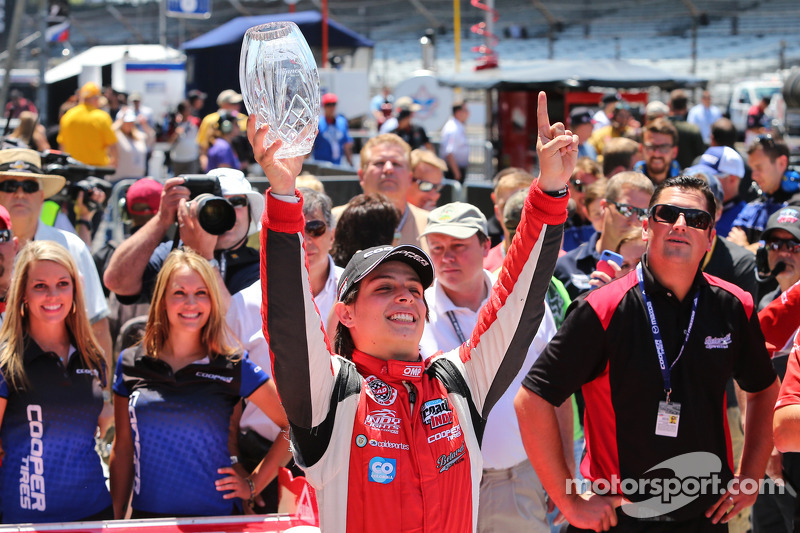 Another photo finish at Indianapolis presented by the stars of the Indy Lights series.

Gabby Chaves started the last lap in third place. He tried overtaking Zach Veach and Matthew Brabham in turn one but was unable to make the move stick and dropped back.

However, in a move similar to last year’s unforgettable Freedom 100 finish, Chaves was able to move around Veach in turn 3 on the outside, then was able to slide his car to the outside and pass Brabham to win the Freedom 100 by .005 seconds with Veach in 3rd, Luiz Razia in 4th and Jack Harvey in 5th.

The race had one caution after Chase Austin lost control of his car in the first turn and hit the inside wall between turns one and two. He hit the edge of where the tires were laid out and the engine ripped away from the back of the car. He was diagnosed with a fractured left wrist and is awaiting further medical diagnoses at Methodist Hospital.

Brabham had the fastest lap of the race at over 189 mph, but the last lap was what counted as Chaves was over a tenth of a second faster over 2.5 miles.