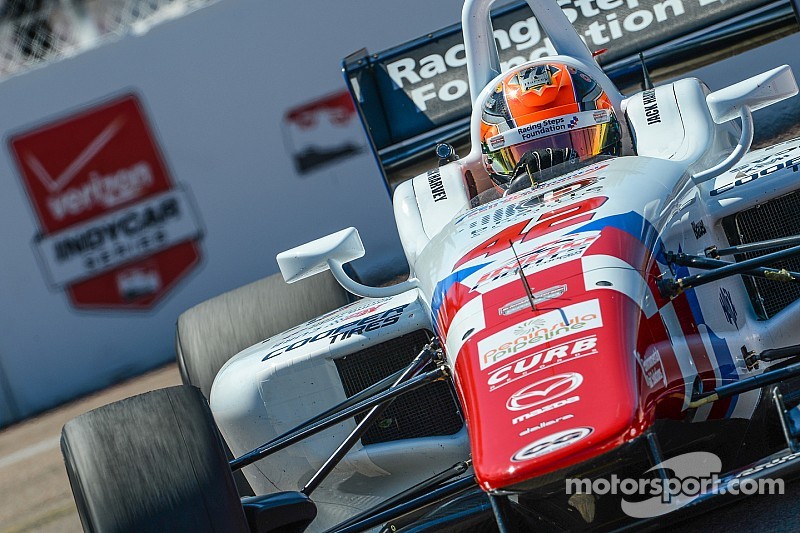 Sunday race the second venue for the all-new Dallara

It was a relatively tight field, with the last-place qualifier, Shelby Blackstock, in is first year in the series, taking a best time of 1:14.139.

Schmidt-Peterson driver Harvey finished second last year in points in his rookie season. Juncos Racing driver Pigot is in his first year of Lights competition, as he has climbed the Mazda Road to Indy racing ladder with a championship last year in the Pro Mazda Championship.

Everyone is essentially on a level playing field this year, since the Indy Lights cars are all new for 2015. The Dallara IL-15 is powered by a 2.0-liter turbocharged Mazda MZR-R, a 450-horsepower engine designed to last the season without a rebuild.

Indy Lights: So far, so good