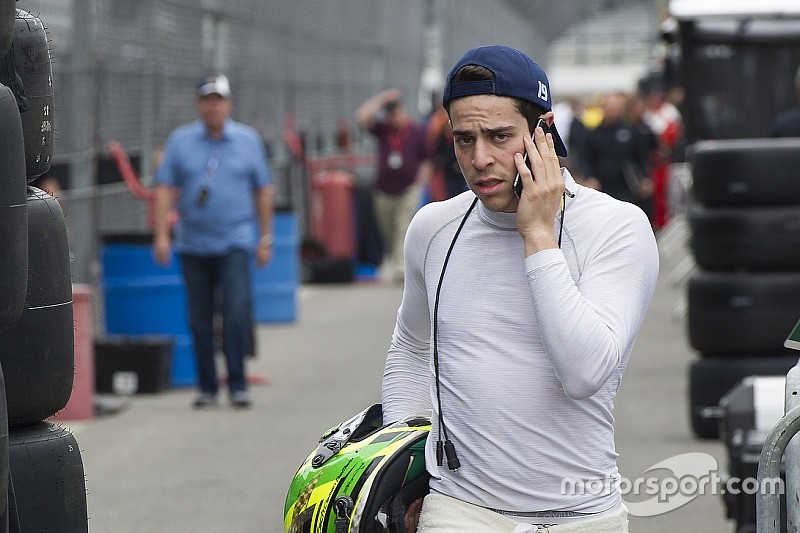 2018 IndyCar part-timer Zachary Claman DeMelo will step back to Indy Lights to test for Belardi Auto Racing next week, while graduates and newcomers will appear in all three RTI categories.

Zachary Claman DeMelo, who started nine IndyCar races for Dale Coyne Racing-Honda this season, will test an Indy Lights car for Belardi, which took Gabby Chaves to the 2014 Lights title and which has scored a total of 19 wins over the last six seasons. The 20-year-old Claman DeMelo, who scored a best finish of 12th and best start position of 13th with Coyne, was a Lights race winner for Carlin as recently as 2017.

Andretti Autosport will enter two cars in the test, one for Ryan Norman who earlier this month was confirmed as returning to AA for 2019, and another for ex-GP3 driver Julien Falchero.

One driver expected to shine will be Juncos Racing’s reigning Pro Mazda champion Rinus VeeKay, who tested for Andretti at last month’s Chris Griffis Memorial Open Test at Indianapolis, but who at Homestead will return to Juncos.

David Malukas, who won three Pro Mazda races in 2018, tested an Indy Lights car for Belardi at IMS, but will test for BN Racing next week.

Four Pro Mazda teams will be testing at Homestead, with USF2000’s dominant force in 2018, Kyle Kirkwood testing for Abel Motorsports alongside Jacob Abel. The Kirkwood-Abel driver-team combo ruled the inaugural F3 Americas Championship this past season.

Jay Howard Driver Development, ahead of its inaugural Road To Indy season, will run a single Tatuus PM-18 for Antonio Serravalle who was the second Exclusive Autosport driver, alongside Parker Thompson, for most of the 2018 Pro Mazda season. Exclusive will enter the test with two cars, for new signing Nikita Lastochkin and rookie Parker Locke.

Pabst Racing, who took Swedish teenager Rasmus Lindh to second in this season’s USF2000 championship, will test him in a Pro Mazda car following his initial PM test for Juncos.

Cape Motorsports, which has taken the last eight USF2000 championships, will test Cameron Shields, Braden Eves, Nikko Reger and Julian Van der Watt over the course of the two days. Shields has won in both F4 and F3, Eves impressed on his USF2000 debut at the season finale in Portland, Reger won this year’s Global Mazda MX-5 Cup championship, and Van der Watt capped his rookie USF2000 eason with a third place finish and seventh in the points race.

Canadian Formula F champion Kellen Ritter will continue with Exclusive Autosport after making his USF2000 debut at Portland, while BN Racing will field cars for Kyle Dupell and Eves, who will switch across from Cape for the second day of the test.