The Firestone Indy Lights season is rapidly approaching its climax. Milwaukee marks the halfway point in a surprisingly short 12-race season, given that it only just begun in March (the finale will take place in September at Auto Club Speedway).

Because the season is shorter than it has been in recent years, the championship picture is quickly coming to the fore. As it stands right now, the series has three major players battling at the front.

Sam Schmidt Motorsports’ Esteban Guerrieri currently leads the way, with victories at Long Beach and Indianapolis to his name in 2012. The Argentinean, who at 27 is among the oldest drivers on the grid, has showed a marked improvement from last year. While he was always fast, he was also incredibly inconsistent and made a handful unforced errors (most notably at Baltimore when he crashed out while leading) that ultimately cost him a chance at the title. 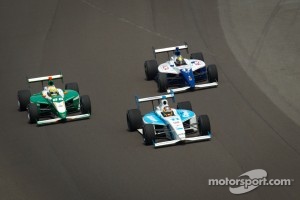 This year, he has shown a more polished, mature style, probably best displayed at Belle Isle. With a car that was obviously handling poorly, Guerrieri was able to weather the storm, bring the car into the pits under caution to make adjustments, and end the day in seventh, a respectable effort given the trials of the day. In harnessing the speed he showed last year, Guerrieri has become the contender we expected him to become.

Six points behind Guerrieri sits teammate Tristan Vautier, who in his first season of Firestone Indy Lights competition has immediately become one of the series’ bright lights. And, his talents were apparent from the get go as he claimed victory in his first career Indy Lights race at St. Petersburg. Last year’s Star Mazda champion has shown a great amount of composure given his relative inexperience (the other title contenders have at least one season of Indy Lights under their belt). Yet, the newest “Fast Frenchman” may just have the chops to steal the series’ title in his first career competing in it.

The third part of the championship triangle is AFS/Andretti Autosport’s Sebastian Saavedra. The Columbian driver is possibly the most polished of anyone at the moment in that he has 15 IZOD IndyCar Series starts, including two at the Indianapolis 500, to his name along with 2+ seasons in Indy Lights. Now back in the series he last contested in 2010, Saavedra has picked up where he left off. 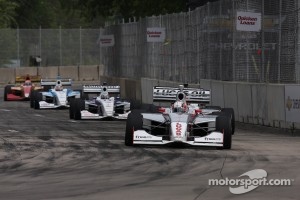 He already has a win in 2012 (Barber Motorsports Park) and sits 16 points behind Guerrieri in the standings, easily within range of snatching the lead. Though Guerrieri is several years older, Saavedra actually has an edge in experience, given his time contesting Indy Lights and IndyCars. That could prove an advantage as the year wears on.

Behind the top three sits a possible wildcard in Gustavo Yacaman. Like Saavedra, Yacaman has plenty of experience. Despite being only 21 years old, he is in his fourth Lights’ season and has steadily improved his race craft. He finally secured a win last year at Baltimore, and captured another win this year at Belle Isle. The lone knock on Yacaman is that he can become somewhat erratic and has let his temper get the best of him at times. And, at 40 points out of the lead, he has a hefty gap to make up in seven races. But, he has matured enormously, and continues to do so with every race. If he doesn’t make mistakes, he could find himself in the mix at year’s end.

In all, the 2012 Firestone Indy Lights season is shaping to be one of the most competitive in recent memory, with at least three drivers, and possibly four, putting themselves in title contention.