Mazda pulls out of Road to Indy program 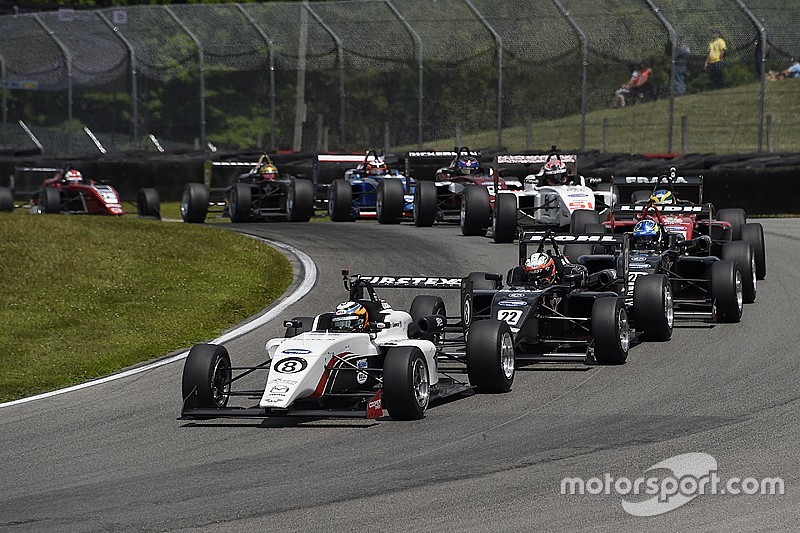 Mazda’s support for Indy Lights, Pro Mazda and USF2000 will end at the finish of the 2018 season in September.

The company has supported the Road To Indy since the start of the 2011 season, not only supplying engines but also providing scholarships for the champion of each category.

John Doonan, director of Mazda Motorsports North America, said: “On behalf of Mazda, I’d like to thank Andersen Promotions and everyone involved with the Road to Indy for a wonderful nine years, but the time has come for Mazda to focus our resources into other areas of our motorsports footprint.

“We have truly enjoyed our role in developing young racers into Indy 500 hopefuls, and we look forward to continuing our relationship with Andersen Promotions through the Battery Tender Global MX-5 Cup. The 2018 USF2000, Pro Mazda and Indy Lights champions will receive Mazda Advancement Scholarships for the 2019 season and the annual $200,000 Mazda Road to Indy Global shootout will also be held in December of this season.

“Motorsports is at the core of Mazda’s DNA and the company remains committed to its variety of motorsports programs in the coming years including our grassroots club racing initiatives, the Battery Tender Global MX-5 Cup presented by BFGoodrich, the Mazda Road to 24, and Mazda Team Joest.”

Dan Andersen, owner and CEO of Anderson promotions stated: “We would like to thank Mazda for nine tremendous years in supporting and headlining the Mazda Road to Indy Presented by Cooper Tires. They have been a great partner, and their scholarships have helped so many drivers achieve their dream of progressing to the Verizon IndyCar Series.

“Mazda has been a key player in establishing and helping to grow our driver development system into the unparalleled program it is today. They remain with us through the end of this season and will once again be awarding each of our series’ champions a scholarship to move up to the next step in 2019 as well as the winner of the USF2000 $200K Scholarship Shootout in December.

“As their marketing objectives pursue new horizons, we at Andersen Promotions are committed to maintaining the outstanding ladder structure we have in place for 2019 and beyond. We are currently in discussions with several potential companies as we actively pursue a new partner.”

Trackside Online reported that Cooper Tire remains committed to the program, however. Chris Pantani, director of motorsports declared: “Mazda has been a great supporter of the Road to Indy and integral in the development of this program as the only true path to IndyCar,” said. “Their contribution will have lasting positive effect on the series and drivers who have participated in the program.

“Cooper is looking forward to a successful culmination of the 2018 race season and an exciting 2019 season as we continue to work in concert with Andersen Promotions as the presenting sponsor for the Road to Indy program, developing the next generation of open-wheel talent for IndyCar.”

IndyCar, the sanctioning body for the Mazda Road To Indy, issued a statement, saying: “The Road to Indy program has staged great racing over the years while developing teams and drivers for the Verizon IndyCar Series, and that will continue with plans soon to be announced. Mazda has been a transformative partner, and IndyCar is appreciative of its many contributions.”