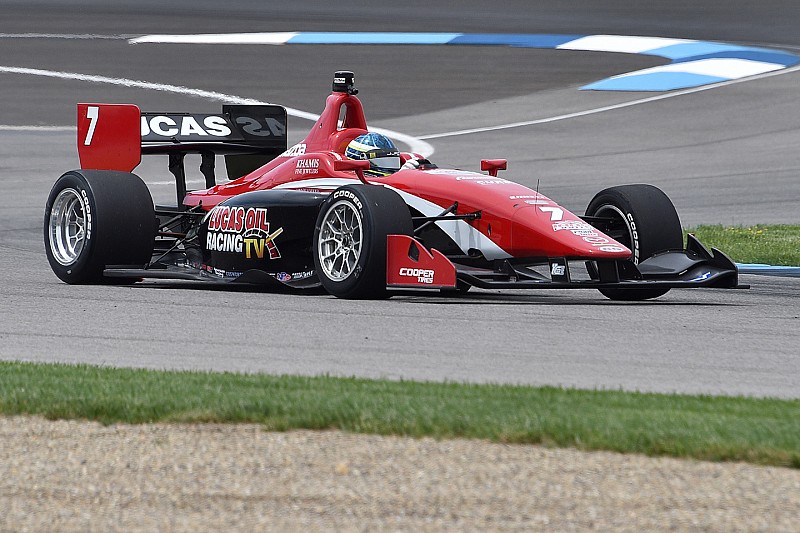 Schmidt Peterson Motorsports and its former Indy Lights driver RC Enerson have settled their differences following the driver’s acrimonious departure in May 2016.

Enerson had been one of three full-time entries in SPM’s Indy Lights team that season, and had scored a podium finish and two other top-five placings before abruptly leaving after the Freedom 100 at Indianapolis. Team owner Sam Schmidt commenced legal proceedings against Enerson and his backers, namely, Enerson’s father.

Later that summer, Enerson would make his first three IndyCar starts with Dale Coyne Racing, and impressed alongside then-teammate Conor Daly, but it did not lead to any viable U.S. open-wheel opportunities in 2017.

However, after more than 18 months of legal battling, the dispute with SPM has been resolved.

A statement from the team reads: “Schmidt Peterson Motorsports and RC Enerson, as well as RC Enerson’s former Indy Lights sponsor, Team Enerson Racing, LLC, have settled their claims against each other on mutually acceptable terms.

“Sam Schmidt stated, 'We are pleased to have this situation behind us. For the record, the terms of our contract with the Enersons provided for early exit and that is what happened in this matter. As the terms of the settlement agreement are confidential, we will have no further comment on this matter.

“RC is a talented driver, and we wish him nothing but the best in the future.”

Telitz to race for Belardi again in Indy Lights

Mercedes "sleeping" when Verstappen got ahead - Bottas

Mercedes "sleeping" when Verstappen got ahead - Bottas