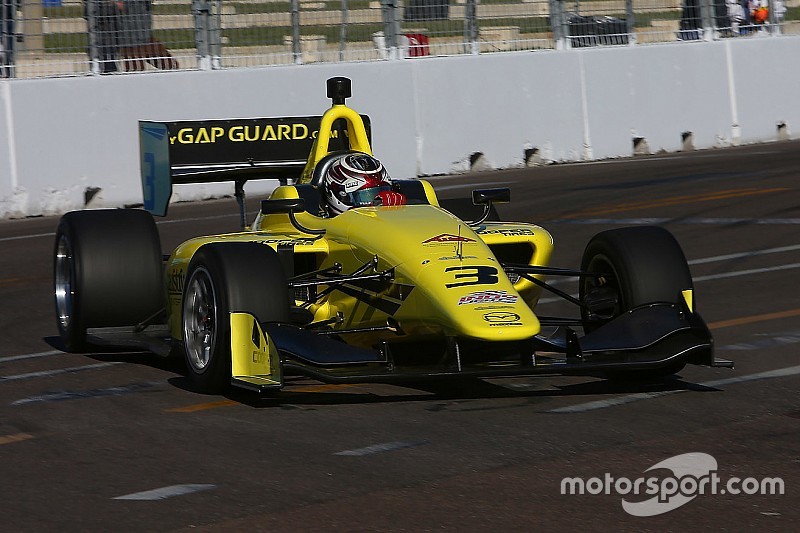 Dale Pelfrey, who owns one of the most successful Pro Mazda teams, has united his squads in Indianapolis ahead of what he intends to be a full season of Indy Lights in 2019.

Pelfrey’s Indy Lights team had been based out of the old 8Star team’s headquarters in Florida, but this season was able to run in just two events – the opening rounds at St. Petersburg with Shelby Blackstock and Neil Alberico, and at Indianapolis’ Freedom 100 with Davey Hamilton Jr.

Now, the team – which will shutter its USF2000 operation, in which Julian van der Watt finished seventh in the title race – is to renew its commitment to the top level of the Road To Indy program, beginning with the Chris Griffis Memorial test on the IMS road course on September 22-23.

“We are focused on getting the Indy Lights team back on track after a difficult 2018 season,” explained Pelfrey. “Having seen the changes Andersen Promotions have put in place for next season, along with consolidating our efforts out of Indianapolis with the Pro Mazda team where we have an exceptional crew, I am looking forward to seeing us back in competition in 2019.”

Team manager Gary Neal added: “It’s a good move for the team, and the push for 2019 starts now. We have had interest for both the Indy Lights and Pro Mazda teams ahead of next season, and it’s our intention to be on track at the Chris Griffis test later this month.”