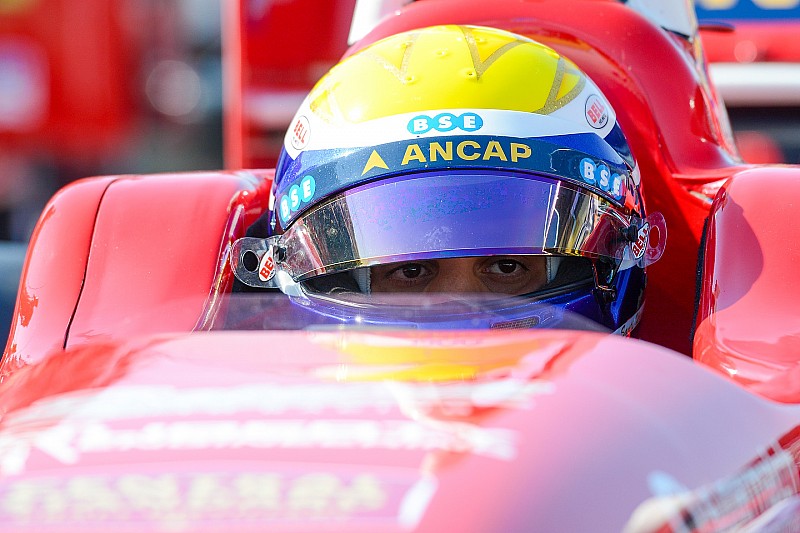 Santi Urrutia scored his second Indy Lights win of the season for Belardi Auto Racing, but it was a very downbeat event as both Colton Herta and Victor Franzoni made only token start-and-park efforts due to injury and finances respectively.

Andretti Autosport elected to start the Andretti Steinbrenner Racing machine of Herta from pitlane and some distance behind just to bank a couple of laps and a few points. The American had shunted again in second qualifying and was still nursing a fractured thumb that affected his ability to grip the steering wheel over the notorious Toronto bumps.

Franzoni, who couldn’t afford to shunt his Juncos Racing entry due to his tight finances, was in an emotional state following his crash in yesterday’s race, and parked rapidly after qualifying started this morning. He did the same in this afternoon’s race, which prompted Herta – who’d pitted after a single lap – to rejoin the track and gain a couple more points in order to be classified sixth.

Meanwhile Belardi Auto Racing’s Santi Urrutia took the lead from pole and held off Saturday winner and new championship leader Pato O’Ward over the opening lap. The Andretti Autosport driver was more than happy to bank another big wedge of points on a disastrous weekend for his only real title rival Herta, so after a flurry of attempts to pass, he settled for second.

These two, along with the second Belardi car of Aaron Telitz, swiftly dropped the only two remaining runners, Ryan Norman and Dalton Kellett (both Andretti). But eventually the top three drifted apart from each other – at least until the 35th and final lap – so that was effectively the end of the racing. Urrutia won by 1.27sec, O’Ward was 0.85sec clear of Telitz, while Norman and Kellett were 16sec and 66sec in arrears respectively.