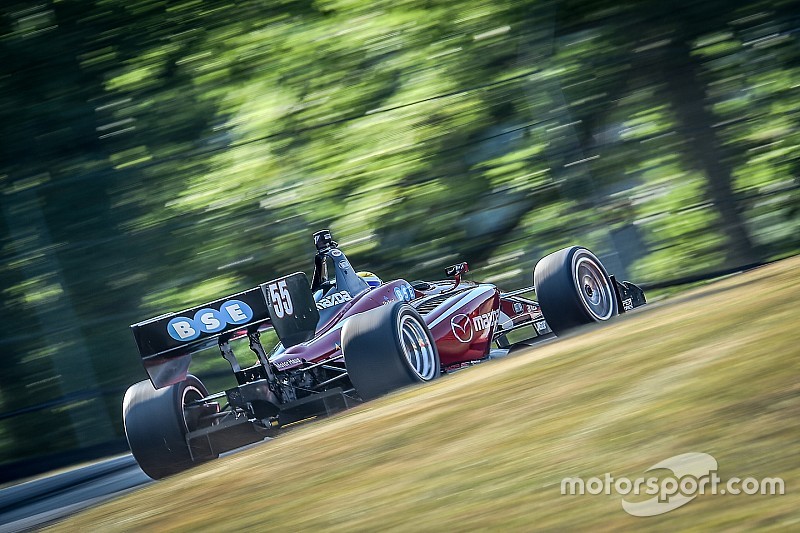 Santiago Urrutia put Schmidt Peterson Motorsport on pole for the first Indy Lights race at Mid-Ohio with a lap almost seven-tenths of a second clear of his nearest pursuers.

The Uruguayan delivered a shattering lap of 1min10.9428 as the track dried up and rubbered in, clocking 114.582mph to take his first pole of the season. It was a timely injection of pace, too, as he lies second in the championship behind Carlin Racing’s Ed Jones who could only qualify fifth.

It was Jones’ teammate Felix Serralles, currently fourth in the championship, who earned the other front-row slot, 0.68sec behind the polesitter but 0.18 ahead of the second SPM car of Andre Negrao.

Fourth will be Dean Stoneman, eager to recover from a poor weekend in Toronto when a fuel leak in the second race left him classified 14th. He was just 0.03 clear of Jones who will start alongside another Andretti Autosport car, that of Shelby Blackstock.

Zach Veach is flying solo for Belardi Auto Racing this weekend due to the absence of Toronto dominator Felix Rosenqvist. Veach wound up seventh just ahead of Neil Alberico who turned in his most convincing qualifying performance of the season with eighth place.

Urrutia blows the opposition away at Mid-Ohio